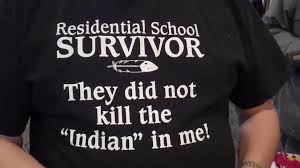 Ottawa/Chilliwack/Abbotsford (With files from Toronto Star)—The Truth and Reconciliation Commission put forward 94 recommendations to address the continuing legacy of the residential school system, improve the plight of Aboriginal peoples and restore relations between them and other Canadians.

A ten-member Indian Residential Schools Survivor Committee serves as an advisory body to the TRC.

Here are a few highlights:

Governments should work to reduce the number of aboriginal children in care and set national standards for those that are in care. They should also fully implement Jordan’s Principle to help resolve jurisdictional disputes. This would mean that for services that are only available off-reserve, any government department first contacted would pay for it first and seek reimbursement from the responsible department later.

Repeal Section 43 of the Criminal Code, which allows corporal punishment, even by schoolteachers, implement new federal legislation on aboriginal education and eliminate discrepancy in federal funding for First Nations children going to school on reserves and those educated outside their communities.

The federal government should acknowledge that aboriginal rights include language rights. Post-secondary institutions should develop programs in aboriginal languages and survivors who had their names changed by residential schools should have fees waived if they wish to change their government-issued identification back to their birth names.

Establish measurable goals to close the gap in health outcomes between Aboriginal peoples and other Canadians and report on their progress, provide sustainable funding for aboriginal healing centres and recognition of aboriginal healing practices within the health-care system.

The federal government should work with aboriginal organizations to call a public inquiry into missing and murdered indigenous women and girls, review and amend statues of limitation for historical abuse against aboriginal people, work to eliminate the overrepresentation of aboriginal people in custody, allow trial judges to deviate from mandatory minimum sentences, and work to settle claims from those residential school survivors who were excluded from the settlement agreement, such as the Métis, those who attended day schools and those who went to residential schools in Newfoundland and Labrador.