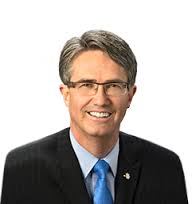 Hope BC (Star FM) – The provincial NDP is crying foul over ads run by Chilliwack-Hope MLA Laurie Throness in the Hope Standard asking people to come to an open house to sign a petition opposing an electoral boundary commission recommendation to move Hope to the Fraser-Nicola riding.

Provincial NDP leader Mike Farnworth has sent a letter to the Speaker of the House filing an official complaint about the ads.

Former Fraser-Nicola MLA Harry Lali says the ad attacks what is supposed to be an independent body and is a misuse of constituency office advertising funds.

“The MLA constituency allowances are there to basically talk about the MLA’s office and the work that they do and to just communicate to the people in the constituency in terms of what the MLA does.”

Throness says it’s a bogus complaint since it’s clear to him that Hope residents and government are against the move, so the ads are part of his work as MLA.

“My role as an MLA is to represent the wishes of my constituents. And so I sought their will through a petition, and I advertised for an open house. It did not mention any partisan political name or refer to a political website or anything like that.”

The Speaker of the House will rule on the ads at a later date.