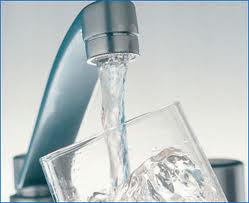 THOMPSON-OKANAGAN (John MacDonald Infotel News)- Waterworks staff in the Okanagan and Kamloops will be drowning their sorrows after losing out to Chilliwack in a tap water taste test which wouldn’t have looked out of place at a winery.

“It’s a clear winner,” joked Tanja McQueen, CEO of the B.C.Water and Waste Association, who hosted the tasting and announced the winner at the Association’s annual conference at Prospera Place in Kelowna on May 28.

“Our water is extremely pure and requires no primary treatment. We pump the water into the distribution system with a very small amount of chlorine,” MacPherson says. “When you taste Chilliwack’s water it has a soft, smooth flavour and the judges were able to recognize that.”

Kelowna was defending its win from last year at the innaugural “Best of the Best” tap water taste test. Competition this year included 16 entries from across the province, including entries from Kamloops, Penticton, Greater Vernon and the Rutland Water Works.

Kevin Van Vliet, Kelowna’s utility services manager, congratulated Chilliwack on the win and vowed to come back stronger next year.

“We’ve managed to protect the lake and keep it as good a quality as we can right from the stormwater and wastewater treatment to keeping the pipe network clean,” he said.

The competition used four judges or “aqualiers”, all who took their task seriously during the blind taste test, where they treated the unlabeled samples like the finest of wines.

“It’s a difficult job because there are 16 waters and they are all great. We have no idea which is which, how it’s treated or where it’s from,” Canadian Water and Wastewater Association executive director Rob Haller says.

“I’m looking for if it’s bubbly, effervescent, if there’s a shine to it or if it’s looking flat or has a greyness to it,” he says. “With any food or drink, appearance has a lot to do with your perception, so we’re going to look at that. In a lot of ways’ we’re trying to taste nothing.”

The executive chef and sommelier at Waterfront Wines in Kelowna Mark Filatow says while he normally works with wine, he judges water too.

“Everyday out of my tap. I’ve sampled water across Canada and my favourite comes from my grandparent’s well on the Niagra escarpment,” he says. “That was the best. Just the absolute purity of it, the clearness and the crispness. Temperature is part of it and it came out quite cold, almost like you could taste the rock.”

Unlike a wine competition there were no silver or bronze prizes for second or third place, so those communities looking for redemption will have to wait until next year’s competition.