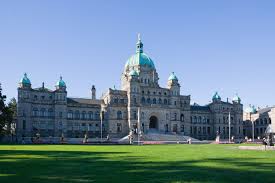 VANCOUVER (NEWS1130) – A former executive assistant to BC’s minister of transportation says he was ordered to delete more than a dozen emails requested under the Freedom of Information Act.

He claims the November, 2014 FOI request was in relation to the Highway of Tears.

In a letter to the privacy commissioner, Tim Duncan says a ministerial assistant “took a quick look at the list of emails… and promptly directed me to delete them.”

Duncan claims he hesitated, at which time he says George Gretes “took away my keyboard, deleted the emails… and returned the keyboard, stating ‘It’s done. Now you don’t have to worry about it anymore.’”

“I’m just like wow, this is incredible, this isn’t happening. It’s just one of those moments you have, you’re like I just can’t believe that just happened,” Duncan tells News1130.

He says it’s all frustrating.

“It’s a process of democracy if we are obscuring details, you guys aren’t getting the facts,” he says. “If we’re just deleting all the records, how do people understand what’s going on within government.”

It’s not clear what was written in the deleted emails. “I only ever saw the subject line of the email and so these could have been anything from very basic emails that nobody cares about to the most sensitive,” he explains. “But that’s not the point.”

The NDP calls the accusations “shocking,” likening it to “keeping the paper shredder running in the back room all night.”

In the letter, Duncan says “this is not an isolated incident.”

“My Office has been in touch with the individual who raised these allegations, and I am now determining next steps in an investigation under section 42 of the Freedom of Information and Protection of Privacy Act,” reads a written statement.

Transportation Minister Todd Stone says he’s not aware of any practice to delete emails that may have been requested in a freedom of information application.

Stone says he plans to advise his staff that deleting emails that could be related to such requests is not allowed.

The province has suspended Gretes with pay.