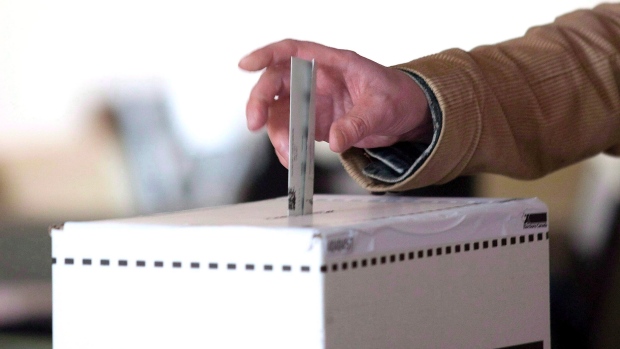 Chilliwack, BC – There is this fallacy that today’s youth doesn’t pay much attention to politics and from that, does not vote. In fact, today’s youth feel disenfranchised, and are crest fallen over the way the political system works in our country. Yes one would like to vote on line instead of the ballot box, but that is not the issue.

Recently, proud Chilliwack mom Tammy Stebbings, went social media, praising her son Jaxon, for becoming active in his community and reaching out to politicians, and try to get some answers to burning questions.

Questions and answers that will shape his future. The Chilliwack Times, The Chilliwack Progress and now FVN Fraser Valley News Sports and Entertainment have published his thought provoking muse.

FVN looks forward to your comments let alone a response to the Federal Candidates to want your vote come October.

Editor, Being an election year, I am looking forward to learning the results, and am hoping someone might voice my opinion in the booth since I will be unable to voice that opinion myself. You see, I am still 16 – old enough to pay taxes on my income, and old enough (historically) to serve in Canada’s armed forces – and I am wondering why youth haven’t yet been given the right to vote. During the 1760’s, American colonists were unsatisfied with the fact the people living in England were making decisions relating taxes for the colonies without political representation. Currently, the same state of affairs is existing; youth are paying taxes without representation.

To this – we call out, “No Taxation without Representation.” In Canada prisoners have the right to vote. Supreme Court concluded that denying penitentiary inmates the right to vote imposes negative costs on inmates and on the penal system. To deny this right is to lose an important means of teaching them democratic values and social responsibility. The government’s novel political theory that would permit elected representatives to disenfranchise a segment of the population finds no place in a democracy built upon principals of inclusiveness, equality, and citizen participation. Many believe the current voting age is adequate in that it enfranchises those who have probably completed high school and joined the work force. It would prove sensible for an individual to take responsibility for voting at the same time they take on greater responsibilities over other aspects of their lives. Unfortunately, this logic fails, which is amply demonstrated by the fact that 75% of eligible young adults do not bother to vote. It appears to be a case of too-many bricks thrown at once – with all the extra responsibilities young people face as they leave high school, it is easy to tune out politics and ignore the election campaign. I think we should engage young people in the process at a younger age.

Formal civic education should be brought into the classroom and made the primary means for students to acquire knowledge and skills to participate in democracies in an informed and engaged fashion. We should ensure that students understand the basic principles of government, possessing civic literacy and an awareness of our civic responsibilities. We should ensure that students have a familiarity with the prevailing social values and norms and the sometime paradoxical relationship these have with our fundamental rights. Not only will civic education raise knowledge of voting and the political process, it will also foster values and attitudes that encourage political participation while increasing the motivation of young people to vote.

The federal government is limited somewhat in that it cannot mandate educational policy or set the provincial age for voting, but it can set the tone by changing the age requirement for the federal vote, and facilitate a meeting of the provincial Education ministers. Individuals like Mary Mackinnon, Sonia Pitre, and Judy Watling suggest that a national civics education policy be developed and coordinated by the Council of Education Ministers, and that it be included in the Literacy Action Plan, which calls on all provinces and territories to increase literacy levels. Even if federal jurisdiction is too far a stretch, we can at least push to educate our youth provincially, and grant B.C. youth the vote.

Granting of that wish would not only change the pessimistic attitude to which politics is already viewed, it will also help determine which voices are being heard by the politicians, giving a voice to the next generation. In the last election, when the local candidates were invited to debate at CSS, every candidate agreed to come, but one was a no show.

That candidate did not feel it necessary to even call to cancel or to apologize for not coming out. Clearly, the candidate was not concerned with insulting the youth of Chilliwack, and why should he have been? Since students cannot vote and have no voice, they could not punish him for his evasiveness, and he easily won the election. As long as students lack the vote, this government will not take them seriously, and that will only increase the sense of disempowerment and apathy among the youth – feelings that will carry over into our adult lives.

BC Students Encouraged To Go To The Polls on October 24.. or sooner