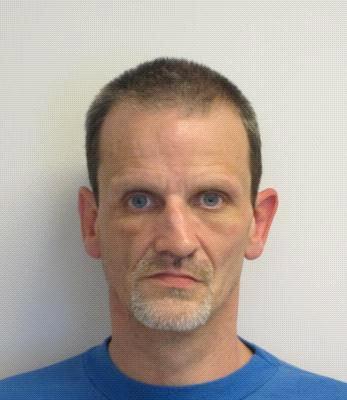 Mission/Surrey (From Vancouver Sun)  – A convicted murderer who escaped from a minimum-security jail in Mission on March 31 and is wanted for Surrey robberies committed in April has been captured by police.

The Canadian Bankers Association offered a $10,000 reward for information leading to his arrest and conviction. Surrey RCMP Cpl. Scotty Schumann said tips from the public helped police locate him.

Shawn Merrick, 43, from Surrey was serving a sentence for second-degree murder and robbery when he escaped. Authorities notified the public at the time.

Besides his Canada-wide warrant for escaping lawful custody, Merrick is also wanted for robberies in Surrey on April 17.

Police say there was an attempted robbery at a bank in the 15900-block of Fraser Highway at 1 p.m., followed by a robbery five minutes later in the 15100-block of 101st Avenue.

Merrick is also a suspect in multiple robberies in Langley. He was arrested late Wednesday night, in the 21900-block of 44A Avenue in Langley.

Schumann said the RCMP’s Air 1 helicopter pilot spotted Merrick hiding on top of the roof of a residence as various police units closed in.

“Mr. Merrick has been transported back to prison to finish serving his sentence and has been charged for six new counts of robbery,” Schumann said. “Surrey and Langley RCMP are now sifting through a significant number of tips received from the public. The viable tips will be provided to the Canadian Bankers Association, who had offered a reward for infomation leading to the arrest of Mr. Merrick.”

Be the first to comment on "Convicted Murder Escapee – Found"