More Provincial Money For BC Parks

Victoria – The Province will increase and strengthen conservation in its world-renowned parks with a new investment of $35 million over the next three years.

The funding will result in approximately 25 more full-time park rangers, new programs to promote and protect the natural environment, as well as an initial endowment for a new BC Parks Foundation.

$25 million will go directly to BC Parks operations allowing for new park rangers throughout the province, with a focus on protecting and preserving the backcountry. The increase in full -time rangers is in addition to the seasonal ranger program where 87 temporary positions are filled during the peak demand season. Park ranger duties vary from maintaining trails and campsites, to monitoring wildlife habitats and species at risk, to ensuring guests are aware of risks posed by dangerous animals such as bears and cougars.

The remaining $10 million will be an initial endowment to the new BC Parks Foundation. The Foundation will help generate private revenue, to be spent on promoting and enhancing the experience in BC Parks.

Other conservation initiatives arising from increased operations funding will include:

BC Parks would also like to invite First Nations communities and Aboriginal groups to express their culture and heritage through BC Parks, and in so doing share their perspectives on nature and history to the broader community. Parks and recreational facilities can serve as the stage to help promote Indigenous culture, to honour First Nations history and the spiritual importance of their ancestral lands.

The increased budget is part of the BC Parks Future Strategy, announced by Premier Christy Clark on Nov. 28, 2016. In addition to the budget increase the Province is investing $22.9 million to build 1,900 new campsites in provincial parks and recreation sites, incorporating accessible design standards and, most recently, launched a series of licence plates depicting scenes from B.C.’s parks and recreation areas.

“We are encouraged by the immediate investment in the BC Parks Foundation and the three year funding commitment for conserving the diversity of fish, wildlife and their habitats in BC Parks. This is a major step towards a sustainable funding model for the system.”

“The Elders Council for Parks in BC, recognizes that today’s funding announcement for parks to be historic. Strong provincial government leadership combined with First Nations and community support from around B.C. can create new opportunities for public appreciation and enjoyment and provide the base for long-term, sound ecological management of our world-class provincial parks system.”

“The Wilderness Tourism Association of BC endorses the B.C. government’s commitment to re-invest in our provincial parks. The proposed increases in park rangers, community liaison positions and parks foundation will make significant improvements in the stewardship of our parks.”

“Recreational boating is a significant contributor to the B.C. economy, and so I am now encouraged and hopeful that the marine park system will receive attention and funding for improvements and enhancements.”

To learn more about BC Parks, and to view the BC Parks Future Strategy, please visit: www.bcparks.ca

To learn more about ICBC and where to purchase your own BC Parks licence plate, please visit: www.icbc.com/bcparksplates

To learn more about changes to the Discover Camping reservation service to improve fair access for everyone, please visit: http://www.env.gov.bc.ca/bcparks/reserve/ 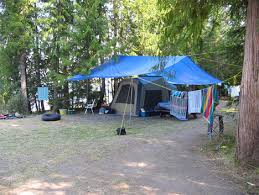