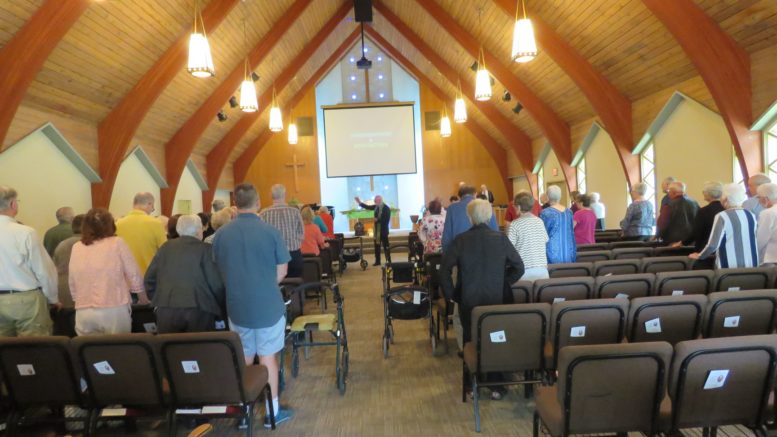 Vancouver/Fraser Valley – It was not an April Fool’s Joke. In their media release on April 1, the Justice Centre for Constitutional Freedoms, a national, non-partisan public interest law firm, filed a Notice of Appeal after a lower court upheld the BC Government’s Provincial Health Orders which prohibit in-person worship services.

On January 8, 2021, the Justice Centre filed a constitutional challenge on behalf of three churches and four individuals against restrictions on public protest and the prohibition on in-person worship services in Public Health Orders issued by BC Provincial Health Officer Dr. Bonnie Henry.

On March 18, 2021, Chief Justice Christopher Hinkson of the Supreme Court of British Columbia issued a decision which struck down the prohibition on public protest in place from November 19, 2020 to February 10, 2021, but dismissed the challenge to the ban on in-person worship services.

Regarding the ban on in-person worship services, Chief Justice Hinkson found that while Dr. Henry’s Orders infringe the fundamental freedoms of religion, expression, peaceful assembly and association, in the Court’s view, Dr. Henry was owed deference to her decision-making. Chief Justice Hinkson ruled Dr. Henry was not required to be correct in making her orders but only needed to have acted in a reasonable range of alternatives.

The Justice Centre’s clients, including the churches and individuals involved in this case, have received dozens of $2300 tickets for peacefully exercising their constitutional freedoms to gather, protest and worship. The BC churches challenging the Provincial Health Orders assert that they have gone to extraordinary lengths to comply with health guidelines, including limiting attendance to no more than 50 persons, pre-registering attendees, maintaining detailed contact tracing systems, rearranging seating to ensure physical distancing, providing hand sanitizer and masks, and enhancing cleaning and sanitizing procedures.

The Justice Centre will argue that a number of errors were made by the lower court ruling, including:

“The lower court’s decision set aside the constitutional scrutiny applicable to laws such as the Orders in favour of extreme judicial deference to an unelected bureaucrat,” states Marty Moore, Justice Centre Staff Lawyer. “A declared public health crisis does not permit courts to neglect their constitutional obligation to ensure that government actions respect the Charter rights of citizens.”