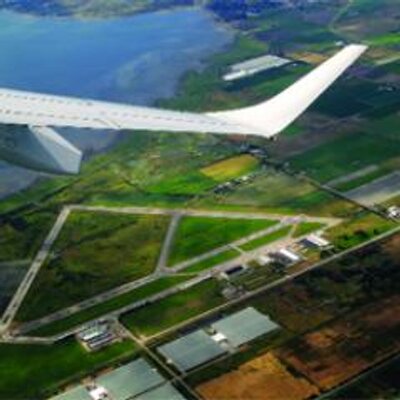 Toronto/Delta (Western Aviation/Brett Ballah) – For the first time since 1983, Toronto Pearson International was not Canada’s busiest airport last year. Statistics Canada released data Thursday showing Boundary Bay was the busiest airport in 2020. It’s another sign of how much the pandemic has upended the aviation industry.

Abbotsford was #4 and Pitt Meadows was #9.

“Toronto/Lester B. Pearson — historically the country’s busiest airport — experienced the largest decline in air traffic in 2020, with 280,047 fewer takeoffs and landings than in 2019,” the agency reported. Pearson recorded 175,060 movements last year, down 61.5% from 2019. That was enough to knock the airport into second place among Canada’s busiest facilities.

Boundary Bay claimed top spot with 185,431 takeoffs and landings. That was down 14.6% from the year before, but nowhere near as steep a decline as the busiest passenger hubs. In fact, at times the airport actually grew, despite the pandemic. Statistics Canada reported that in July, Boundary Bay recorded 27,000 movements, its highest total in modern history.

Boundary Bay is a municipally-owned general aviation airport in Delta, British Columbia, south of Vancouver. The airport was opened as a flight training centre in the Second World War. Despite going through periods when it wasn’t an airport – between 1971 and 1983, the city council used the grounds as a sports field – the facility has rebuilt its niche as a one of the country’s busiest pilot training grounds. Today, five flight training schools call the airport home.

In fact, 2020 showed a major shift among Canada’s airports as passenger traffic plummeted due to COVID-19. Overall, Canada recorded 3.8 million aircraft movements in 2020, down from 5.9 million the year before.

“Domestic movements declined 35.8% in 2020, from 3.4 million movements in 2019 to 2.2 million in 2020,” StatsCan reported. “Scheduled service, particularly in Eastern Canada, was impacted heavily by the collapse in passenger demand. The magnitude of the overall decline was masked in part by domestic non-scheduled aircraft movements such as flight training and fire-fighting operations.”

Vancouver International handled 156,000 movements in 2020 while Montreal-Trudeau did not figure among the 10 busiest airports in the country. Together, Toronto, Vancouver, and Montreal handled the majority of passenger traffic in 2019. Calgary, which has in the past challenged for third spot among passenger airports, was the sixth-busiest in the country. Quebec City was the only other international airport to crack the top 10.

Be the first to comment on "Toronto was Not the Busiest Airport in Canada in 2020 … It’s Boundary Bay !!!"