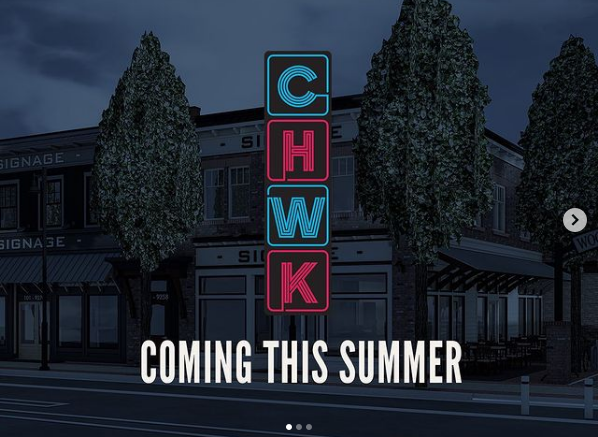 Chilliwack – What was once old, is renewed!. Over the weekend, Algra Brothers, who are behind the District 1881 renaissance Downtown Chilliwack, posted a teaser to Instagram.

Coming this summer! The CHWK Building opens this summer in District 1881 with six new businesses and 10 new residences.

Looming large over Downtown Chilliwack, the signs of CHWK AM radio and the Paramount Theatre were hallmarks of the city’s mid-century boom time. Today, District 1881 pays homage to these iconic institutions in the branding of the CHWK Building.

CHWK AM became Radio Max and eventually the “new” 98.3 Star FM (The original Star FM was 107.5/104.9 and now KiSS Radio). FVN/chillTV’s Don Lehn is the only broadcaster to work both the AM and the namesake FM.