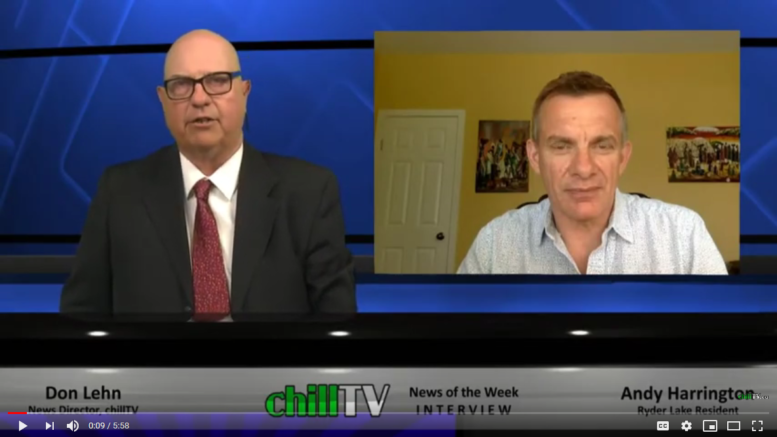 Ryder Lake – Anyone in Ryder Lake knows how bad the internet connection is.

Andy Harrington has been on chillTV and FVN a number of times, leading the charge in trying to upgrade a system that fails students for on line learning, small home based business and the public in general.

In August 2020, chillTV interviewed Harrington about the glitches and you will notice them in this video:

The city of Chilliwack has heard the complains many times and it appears the federal government is starting to listen.

The original FVN/chillTV story is here.

On Thursday in Ottawa , the Honourable Maryam Monsef, Minister for Women and Gender Equality and Rural Economic Development, announced $6.7 million in funding for TELUS Communications to bring high-speed Internet to rural residents of British Columbia. This project will connect 1,977 underserved households in the following regions: Pemberton, Steelhead, Ryder Lake, northwest of Princeton and the north Sunshine Coast.

The $1.75-billion Universal Broadband Fund was launched on November 9, 2020. The project being announced today was approved within three months of the formal launch of the program. Projects funded under the UBF, as well as through other public and private investments, will help connect 98% of Canadians to high-speed Internet by 2026 and achieve the national target of 100% connectivity by 2030.

CRTC Launches Public Consultation/Survey on its Commercial Radio Policy – You can Email or (YES) Fax!