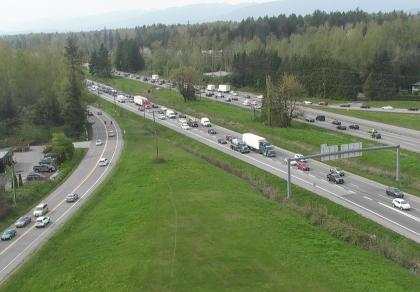 Victoria/Ottawa/Langley/Abbotsford – In 2019, it was announced that $108M from the Federal Government will be spent on widening Highway 1 between 216th Street Langley and 264th Street.That means HOV lanes. It’s not exactly what Abbotsford Mayor Henry Braun would have liked. That would have been six lanes further into Abbotsford.

Construction is expected to start in 2021 and be completed by 2025.

Public engagement is open and runs through March 19, 2021. During this time, people can review and comment on details of the project design, including:

Due to COVID-19 restrictions, this public open house is online only in a StoryMap format. This format allows people to review interactive images of the project and provide feedback on its design and safety enhancements.

To see the proposed designs and provide comment, go to the online public engagement at:
https://storymaps.arcgis.com/stories/081ebc20f9d84d2cb6827c5ff9fd412f

At the time (April 2019), then Chilliwack-Hope MLA Laurie Throness speculated that the Glover/232 underpass would be $40M in its own.

Mayor Braun was critical about the announcement in 2019 when highway expansion in Premier John Horgan’s Vancouver Island riding. That has been toned down now that the push to Abbotsford and eventually Chilliwack and Hope is on the horizon.

Horgan hinted that this is a digestible chunk to build and perhaps, Hope is the final destination for this project.

Nothing was mentioned about transit (rail) to the Valley. Also note that this was NOT an NDP riding, and partisan politics were mentioned at the event. That politics had to be set aside to make this happen.

Jack Froese, Mayor of Langley stated “Widening Highway 1 east of 216 Street and adding HOV lanes will help ease congestion, support our transportation network, and make it safer and easier for people and goods to move throughout our busy, growing region. The Township is pleased to see these vital infrastructure improvements that will enhance livability in the Fraser Valley, and is proud to be a funding partner of this important project, along with the Government of Canada and the Province of B.C.”

More Highway One Expansion Coming To Abbotsford – Not For Chilliwack

One Man In-Custody After Police Pursuit On Highway 1, Chilliwack To Langley