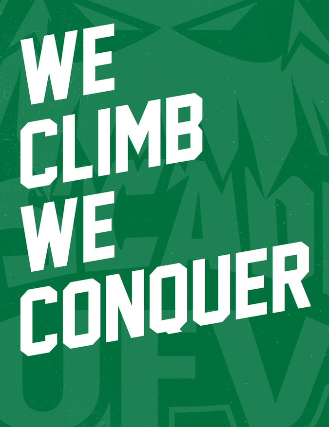 The University of the Fraser Valley women’s basketball program has launched its 2021 recruiting efforts by signing a pair of high school standouts.

Allison was part of a basketball juggernaut at Credo Christian, helping the Kodiaks win three Single A provincial championships in four years (2017, 2019, 2020) along with a pair of Fraser Valley titles. She was a provincial first team all-star in 2019, and was MVP of the B.C. tournament in 2020.

Allison also boasts a multisport pedigree, lettering in volleyball and soccer as well as basketball at Credo Christian. In 2019, she earned a Fraser Valley tournament all-star nod as her volleyball squad won the silver medal, and her soccer squad won the B.C. Christian schools championship that same year.

“Esther is a player with a ton of potential,” Cascades head coach Al Tuchscherer said. “She has great athleticism, and she’s won a lot of games at the high school level including three provincial championships. She really fits the mould of what we’re looking for in a forward. She can play multiple positions, and she can score a variety of different ways.”

“I chose UFV because it has a very good academic reputation and had the right program I wanted to take,” said Allison, who will pursue a kinesiology degree to further her dream of becoming a sports psychologist. “UFV has been on my radar since my sister, Hannah, also went to UFV and went into the same program that I am going into. I’ve always wanted to play post-secondary basketball since I was younger and I am excited to play at the university level.”

Arnold had an outstanding basketball career at Edmonton’s Mother Margaret Mary High School – she was the senior girls hoops MVP in grades 9, 10 and 11, and won female athlete of the year honours all three years as well. Last season, she earned all-star nods at the St. Joseph and Strathcona Christian tournaments, and picked up an Edmonton Metro Athletics athlete of the week accolade.

“I’m really intrigued by Charley,” Tuchscherer said. “She has a super-competitive attitude and a great work ethic. She’s really excited to get into the gym with our girls and improve her game. I just love that about a player, when they’re really excited to be in our program.

“Her family is deeply involved in high-level sports, so she has an understanding of what it takes to succeed in elite athletics. She’s also a relative newcomer to basketball, and due to her work ethic, her game has really exploded.”

“I chose UFV for a variety of reasons,” said Arnold, who plans to pursue a kinesiology degree at UFV. “I travelled to B.C. in 2018 to watch the high school provincials and was inspired watching (current Cascades) Maddy Gobeil and Deanna Tuchscherer go head to head in the final. The thought of playing with them is something I am very excited about. UFV has a really exciting group of players that I am looking forward to playing with and learning from.

“Having the opportunity to play under such an experienced coach as Coach Al is something that I also look forward to,” she added. “I wanted to play for a team with a great culture and from everything I’ve heard, UFV is the place to be and I can’t wait to be a part of the team.”

Be the first to comment on "UFV Cascades Women’s Hoops – Straight A’s in Recruiting, sign Allison and Arnold"