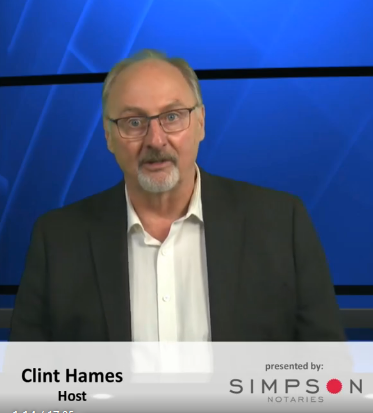 Fraser Valley – chillTV is pleased to announce “season one” of a new weekly series premiering January 14, 2021 at 5:30 pm, after chillTV News of the Week.

“Hames Hot Mic”, with Clint Hames, will be a “political / current issues” show featuring former Chilliwack Mayor and host, Clint Hames. Our federal and provincial election coverage over the past couple of years, featuring Clint Hames as host, have been highly successful, drawing large audiences and praise from viewers.

chillTV is pleased that Clint has agreed to be hosting this new highly relevant and topical series.

As many will know, Clint served on local Council for 18 years, 9 as Mayor. During that time he also served 18 years on the FVRD Board, 3 as Chair and 6 as Vice-Chair. Clint also has extensive experience with television production having worked with the former local Shaw TV station as a Producer, Director and host.

The term “hot mic” comes from when people aren’t aware a microphone has been left live and, perhaps, more truth and honesty is revealed.

“I’m really looking forward to exploring top-of-mind issues with the people who make the decisions that impact our lives,” Hames explains. What’s first on the agenda? “Chilliwack’s School Board race is unusually interesting. Typically, it’s a ho-hum issue, however Chilliwack’s ever-changing demographics appear to be driving a ‘progressive vs. conservative’ battle for control of the Board. I look forward to exploring this with the candidates”.

Other planned guests are local politicos and a look at some of the more interesting regional issues like transportation, land use and planning.

WATCH THIS THURSDAY for the premiere of “Hames Hot Mic” with Clint Hames, for a frank discussion with Dr. Carin Bondar, declared candidate for Chilliwack School Trustee!