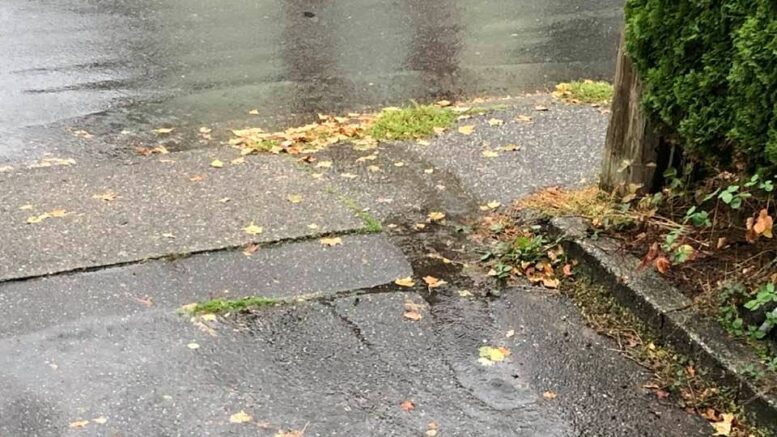 After a mild and sunny start to November a rapidly intensifying Pacific frontal system, carrying sub-tropical moisture, produced heavy rain and warm gusty winds. On November 4th, temperatures peaked at 18.9 ⁰C, 7.9 ⁰C above normal, the warmest since the 19.6 ⁰C on November 6th, 2014.

As a ridge of high pressure built over northern B.C., on November 7th modified arctic air arrived in the Fraser Valley. With the fresh and gusty north-east winds, the relative humidity decreased to 21%. On November 9th temperatures dipped to the low temperature for the month at -0.5 ⁰C with some wet snow the following evening.

By mid-month typical wet and mild November weather conditions returned. However, during the evening of the 13th, an unstable and turbulent air mass triggered a rare November thunderstorm plus hail and heavy snowfalls on the high passes. Mild and generally rainy conditions continued to months end with strong and gusty south west winds at times.

Total precipitation was close to normal.

It has been reported, ‘La Nina,’ has developed. Consequently, a cold and stormy winter is expected with above normal snow fall in southern B.C., including the Lower Mainland and Vancouver Island.

2020 Starting Off As The Year Of The Wind Storms

Review – April Showers (What There Was) Bring May Flowers, Drier Than Usual – and that snow day ….