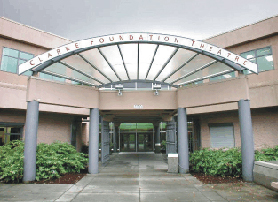 The Clarke Theatre was built in Heritage Park Centre with community funding in 1996 and has operated under many different models. Since the theatre opened in 1997, the District of Mission has provided some financial support for the Clarke Theatre, however, the School District has largely funded the bulk of the ongoing operation. The School District had determined that the majority of the Theatre usage is community-based and this has been the basis for the agreement discussions with the District of Mission over the past few years.

The new agreement is expected to be finalized this fall and could be operational early in the new year. Further details around the finalized agreement will be provided once they are available.

Be the first to comment on "Mission Public Schools: Clarke Theatre Agreement"