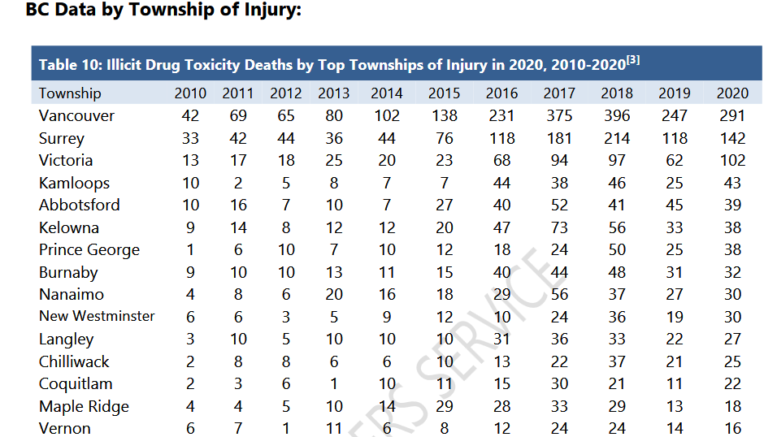 Fraser Valley – The BC Coroners Service has published updated reports on illicit drug toxicity deaths to the end of September 2020.

Almost off of the Fraser Valley have exceeded 2019 numbers, Abbotsford is expected to follow suit in the coming weeks.

This comes on the heels of a Fraser Health OD warning for Surrey although FVN has learned that the same fentanyl laced drugs have hits the streets elsewhere including Chilliwack. There was one reported OD death in Chilliwack over this past weekend.

The following are the key preliminary findings of these reports (data is subject to change):