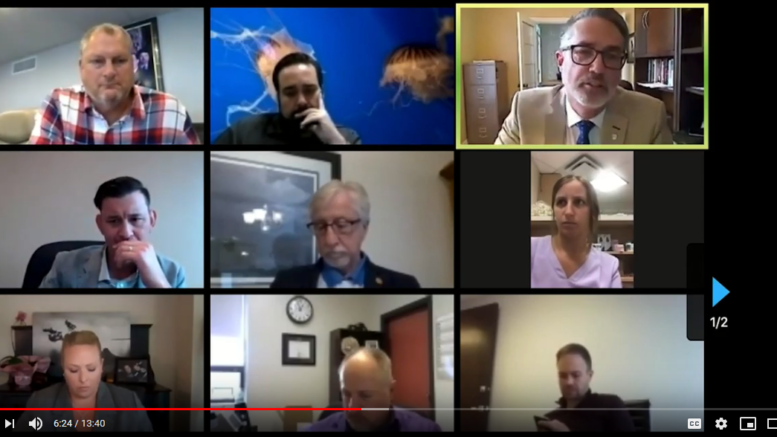 Chilliwack – The candidates for the Chilliwack-Kent riding in the 2020 Provincial Election, were on Zoom for their Chilliwack Rotary debate. This was one of three debates for the day, the other two coming from chillTV and the Chamber of Commerce. ( The Chamber debate was live streamed on Wednesday evening and the chillTV debate airs 5:30PM Thursday on the chillTV YouTube Channel.)

The NDP were firing on social media cylinders on Thursday over comments made my Liberal Laurie Throness. The NDP released the clip to media. NDP candidate Selina Robinson (Coquitlam-Maillardville) expressed her outrage in a media event.

Throness weighed in on the BC NDP’s plan to provide free contraception. Throness compared contraception to eugenics:

(from Wikipedia – Eugenics is the practice or advocacy of improving the human species by selectively mating people with specific desirable hereditary traits. It aims to reduce human suffering by “breeding out” disease, disabilities and so-called undesirable characteristics from the human population.)

“And the other thing that I feel about this is that it contains a whiff of the old eugenics thing where, you know, poor people shouldn’t have babies. And so we can’t force them to have contraception so we’ll give it to them for free. And maybe they’ll have fewer babies. So there will be fewer poor people in the future. And to me, that contains an odor that I don’t like. And so I don’t really support what the NDP is doing there.”

Immediately following the debate, Independent candidate Jason Lum asked through social media, if the entire debate would be posted to social media.

Video of the comments is available at 6:23 here.