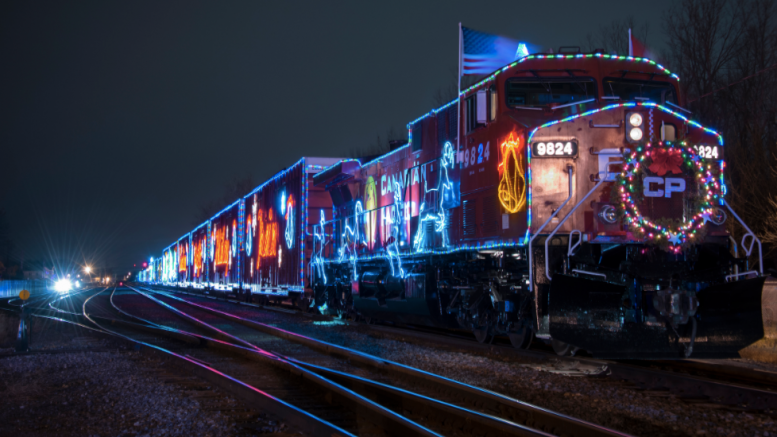 Kent/Agassiz – The highlights from the September 14 Council meeting, where there has been plenty of COVID related news.

Mayor Sylvia Pranger spoke with Mike LoVecchio, CP Rail Director of Indigenous Relations and Government Affairs, and it was confirmed that due to gathering restrictions, there will be no CP Holiday Train this year. Event coordinators are working on ideas on how their promotional dollars will still be spent and how they can continue to support local food banks.

Each year the CP Holiday Train donates $7000.00 to the Agassiz-Harrison Community Services Food Bank. This contribution makes up a large portion of what the food bank would require for the year.

There is a large train derailment on the CN Tracks outside of Hope. During a phone call with Mayor Pranger, Mike LoVecchio, wanted to remind residents to be vigilant as there will be trains travelling east and west on the CP Tracks with increased volume in train traffic until it can be cleared. CP and CN are working in conjunction to clear the site, it is estimated that the repairs will take about 48 hours.

Members of the public are reminded to only use designated railway crossings. There are many railway signs and warning devices, such as lights, bells and gates, to tell you when a train is coming or where and when you should cross. Following their directions will keep you safe.

Every year, more than 2,100 North Americans are killed or seriously inured in railway crossing and trespassing incidents. Almost all these incidents are preventable. Railways play an important role in our society by transporting both people and goods. As more rail lines are built across Canada, we need to work together to ensure that residents know how to keep themselves safe around tracks and trains.

In a report to Council, Fire Chief Gerald Basten requested that staff begin the procurement process for a new first line fire engine/pumper truck, like what is in service today. The cost to replace the fire engine is identified in the 5-year capital plan as long-term borrowing.

The Agassiz Fire Department currently maintain two engines in the fleet, one first line service and the other as a second line service/reserve unit.

In order to keep our residential and commercial insurance premiums low, municipalities are mandated by Fire Underwriters Survey to have first line fire vehicles that can respond effectively and efficiently to fire calls.

Council made the motion to apply to the Fire Underwriters Survey for a 5-year extension which would delay the replacement until 2027.

Councillor Spaeti attended the Fraser Health CEO Stakeholder meeting on September 11th. Unfortunately, in Fraser Health the number of reported cases of COVID-19 has surpassed those of the first wave and is the largest health authority affected. The number of in-hospital cases remain low. Fraser Health continues to remind us all to keep our social bubble small.

On August 29 Councillor Post attended the Fraser Heritage Society Annual General Meeting where he presented Mary McGee a plaque on behalf of the society. Mrs. McGee has been a member for 47 years.

The Society was also thankful for a Grant in Aid they received from the District which will be used to update a First Nations exhibit at the museum.