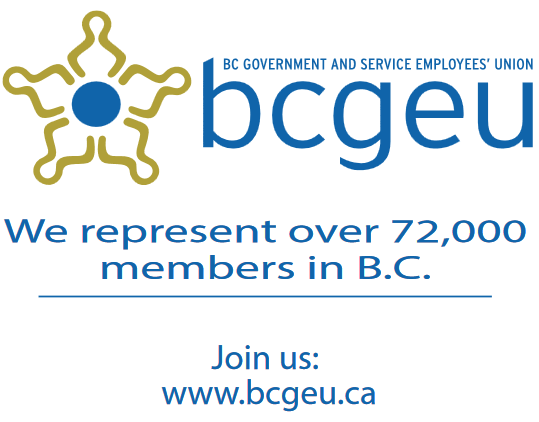 Burnaby – The BCGEU is calling on the provincial government to extend the ban on evictions for non-payment of rent—today the government announced that ban will be lifted on September 1st.

“This decision is utterly baffling to me,” said Stephanie Smith, president of the BCGEU. “COVID-19 has caused a public health crisis and an economic crisis and we are nowhere near the end of either. Renters are facing the same uncertain future they were when the ban was put in place—this is not the time for government to be leaving renters vulnerable to eviction.”

The union has been a leading voice in the fight for secure, affordable, accessible housing in British Columbia—from the ongoing Affordable BC campaign for the implementation of Land Value Capture Tax, to more focused efforts to outlaw demovictions, reduce the annual rent increases allowable under the Residential Tenancy Act, and support affordable housing project proposals in communities across the province. In March, the BCGEU expanded its housing advocacy to call for a freeze on rent and mortgage payments for the duration of the pandemic.

“We knew the eviction ban was not a good solution because, while renters who couldn’t pay couldn’t be evicted, they would still be on the hook for the money someday,” said Smith. “And now—with the economy in the extremely early stages of recovery, and no treatments or vaccines on the horizon—the government has decided “someday” is September 1st.”

Policy analysis and public opinion research overwhelmingly shows that British Columbians want the government to protect renters from incurring additional debt due to this crisis. And, with public health officials warning that a second wave of COVID-19 could be coming in the fall, renters will become vulnerable to evictions potentially at a high point of the pandemic, creating an increased risk of homelessness as well as an unnecessary additional risk to public health.

“I am the first to say that BC has done some great work on pandemic response and our government has made the difference in our province’s success so far,” said Smith. “But the eviction ban should be extended, not lifted—renters deserve better than this.”

The BCGEU is one of the largest, most diverse and fastest growing unions in B.C. with more than 80,000 members working in almost every community and economic sector in the province.