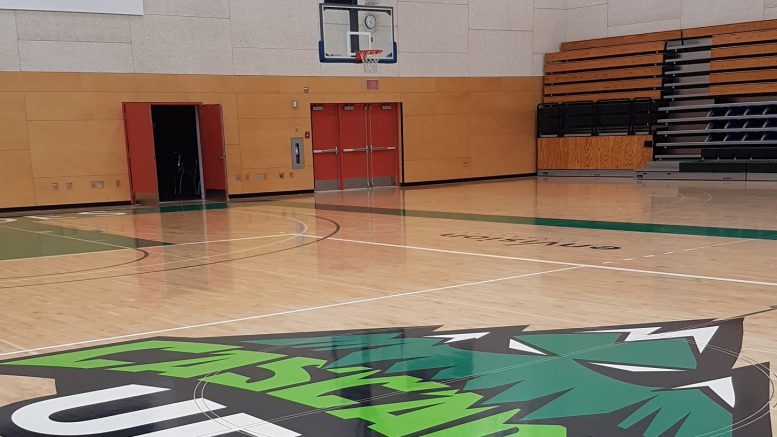 Abbotsford – The University of the Fraser Valley men’s basketball program has scored a couple of W’s on the recruiting scene, signing forward Aidan Wilson and guard Jake Willemsen.

Wilson has been a key contributor to winning teams at the high school and college level. In 2017-18, his Grade 11 season, he helped the Burnaby South Rebels win the B.C. 4A high school crown. Two years later, as a freshman at Douglas, he was part of a Royals squad which won the PACWEST conference title and was ranked No. 1 in the nation heading into the CCAA national championships, which were ultimately cancelled due to COVID-19.

“He’s a big-time recruit for us, both in the short term and in the long-term,” Enevoldson enthused. “His ceiling is quite high, and he makes plays that contribute to winning basketball. He’s a very good athlete at 6’10”, he can really run the floor, and he has great timing blocking shots. His per-40 stats were off the charts for us last season. The physicality of the U SPORTS level will be a challenge, but I think he’ll be up to it. We’re looking for big things from him.”

“UFV was the right fit for me not only for basketball but also academically,” said Wilson, who plans to enrol in the Graphic and Digital Design program at UFV. “I am looking forward to building with a great group of guys and continuing my education.

“I want to win a national championship with the Cascades, and also to continue to develop my skills in the classroom and on the court.”

Willemsen, a local product out of South Delta Secondary, spent the past two years with the Lane Titans, a powerhouse U.S. junior college program. As a sophomore, he averaged 9.9 points while shooting a scorching 42.9 per cent from beyond the arc on a high volume of attempts (6.2 per game).

During his prep career, Willemsen was selected to the B.C. 4A all-star team in 2018 as a senior, and was part of Team B.C. at the Canada Summer Games.

“Jake was top-10 in the NWAC (Northwest Athletic Conference) in three-point shooting percentage, and at a high volume, so he can really shoot it,” Enevoldson noted. “Shooting was something we needed to address, and that’s what he can do for us. He’s a bigger, stronger guard, and he’s got some good post-secondary experience. He played on a Lane team his first year that had four or five Division I prospects and a coach (Joe White) who went on to Idaho State. Then last season, he shot the heck out of it and averaged close to double figures. We think he can help us from Day 1, and we’re looking for him to make an immediate impact.”

“I’m a big fan of coach Enevoldson and the culture he creates for a program,” said Willemsen, who will pursue an arts degree at UFV. “I want to win a national championship.”