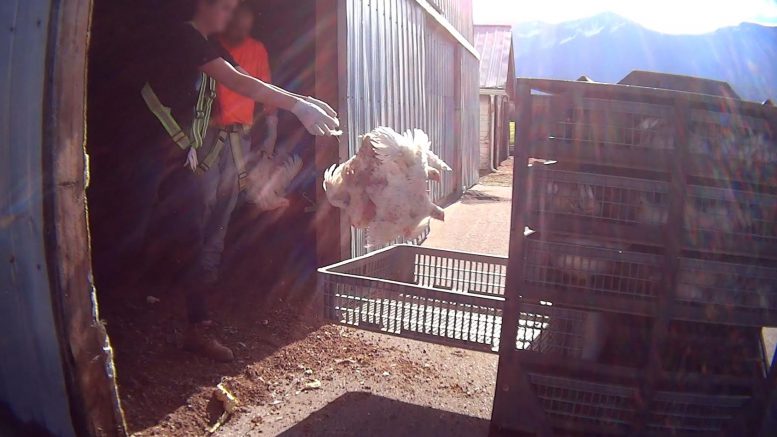 Chilliwack – JUNE 24, 2020 – Mercy for Animals has informed FVN and chillTV that a preliminary inquiry (not a trial) is scheduled for September 28, 2020. A formal investigation from the SPCA began in 2017.

JUNE 13 2017 UPDATE – After a call for dismissals from Sofina foods, Elite Farm Services says it has fired five workers, including a supervisor, who were caught on video allegedly abusing chickens.

BCAC, like so many others, is shocked by the recent video. Animal cruelty is never justified and is unacceptable. We allow our commodity groups to take the lead on these issues as they are best equipped to comment. The Chicken Farmers of Canada has released a statement available on their website and you should expect a statement from BC coming shortly.

The statement from the Chicken Farmers of Canada, their national group has been put on the BC Chicken Marketing Board’s website

Sofina Foods has asked for the dismissal of those involved in the footage. Their media release:

Sofina Foods Inc. just reviewed horrifying footage taken with a hidden camera of one of the suppliers that is responsible for catching birds for our processing facilities in British Columbia.
We are appalled and extremely shocked by the video footage we saw of a few of our supplier’s employees displaying disturbing and unacceptable behaviours that Sofina Foods Inc. does not in any way tolerate or condone. Ethical and responsible treatment of animals is of utmost importance to our organization.
We are taking immediate steps with our supplier to initiate a comprehensive investigation of the situation and have engaged internal and external expertise to help us determine proper course of action in line with our animal care commitment and expectations.
Sofina Foods Inc. has already been in touch with the owner of the supplier company and requested that all of the supplier’s employees involved in the abusive behaviours be dismissed immediately.
We have also expressed our expectation that all of the supplier’s employees be requalified on the importance of animal care and fully understand the consequences of not following protocols.
Our industry continuously works to enhance animal care practices, including the Poultry Code of Practice and CFIA’s regulations and mandatory protocols. We expect all our suppliers to be in full compliance with all such regulations and protocols at all times.
Sofina Foods Inc. will fully collaborate with all authorities who may want to take action with respect to these behaviours.

JUNE 12 ORIGINAL STORY – On the heels of a long drawn out court case involving cattle abuse at Chilliwack Cattle Sales, another Chilliwack farm is under the microscope.

The BC SPCA has launched a formal investigation after receiving a disturbing undercover video of multiple workers, including a supervisor, at Elite Farm Services Ltd. in Chilliwack abusing and torturing broiler chickens. Elite, a licensed chicken-catching service, was hired to round up chickens for transport to the Lilydale/Sofina Foods Inc. slaughter plant in Port Coquitlam. 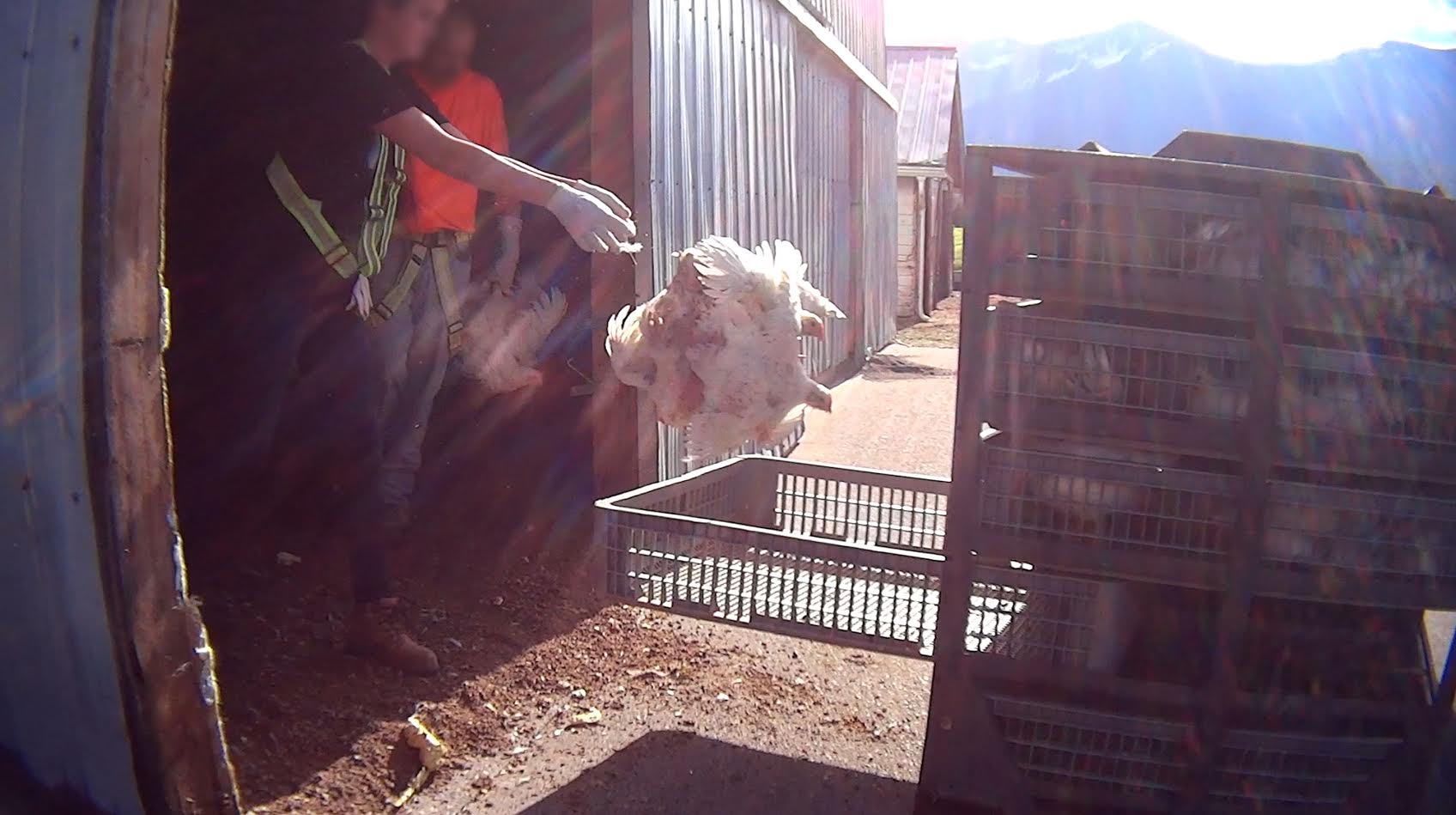 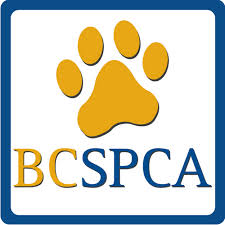 The undercover video, filmed by the non-profit group Mercy for Animals between May 10 and June 9, 2017, documents numerous acts of animal cruelty and gross noncompliance with federal and provincial laws, regulations, and guidelines.

“The images in this video are absolutely sickening and the individual employees and the companies involved need to be held accountable,” said Marcie Moriarty, chief prevention and enforcement officer for the BC SPCA. The video shows workers dismembering and killing, throwing, kicking and hitting the birds and forcing the animals into violent sexual acts with one another.

“The video includes some of the most brutal and sadistic acts of violence against animals I have ever seen,” said Moriarty. “It is extremely difficult to watch.”

Moriarty said the BC SPCA received the video from Mercy for Animals on Friday and immediately launched the investigation.

“We will be putting our report to Crown counsel together as quickly as possible and will be recommending multiple charges of animal cruelty under both the Criminal Code of Canada and the Prevention of Cruelty to Animals Act.

Moriarty says the BC SPCA is also calling on B.C.’s poultry industry to take immediate action. “We would expect the industry to come out strongly against this abuse by immediately suspending the workers involved, suspending contracts to Elite Farms Services until the matter can be resolved and by reviewing the industry’s monitoring systems across the province to ensure that all workers handling broiler chickens and other poultry are at a minimum meeting the standards outlined in the Canadian Code of Practice for the Care and Handling of Hatching Eggs, Breeders, Chickens and Turkeys and are acting in compliance with animal transportation and cruelty laws.”

She notes that similar actions were taken two years ago by the dairy industry when a Mercy for Animals undercover video highlighted the abuse of dairy cows in Chilliwack. In that case, a BC SPCA investigation led to charges of animal cruelty against the individuals and company involved, as well as widespread industry changes.

“In that case the BC SPCA also worked with the provincial government to have the Code of Practice for Dairy Cattle adopted into a new regulation, so that the “generally accepted practices” outlined in the code became clearly entrenched in the law,” says Moriarty. “We will pursue a similar path with government moving forward with the Code of Practice for the Care and Handling of Hatching Eggs, Breeders, Chickens and Turkeys.”

If convicted, the individuals and companies involved in this latest investigation face a fine up to $75,000, a maximum five-year jail sentence and up to a lifetime ban on owning or being around animals.

Mercy for Animals released this statement:

Disturbing undercover video footage of gruesome animal abuse at more than a dozen Lilydale chicken supplier farms was released this morning at ChickenTorture.ca. The video shows workers punting and throwing birds, slamming them hard against walls and transport crates, ripping the legs off conscious animals, and more. In particularly horrific incidents, a worker is seen trying to rip a bird in half with his bare hands, and other workers torment frightened animals in sexually explicit ways.

Mercy For Animals is demanding prosecution of the workers, managers, and companies responsible for this sadistic animal abuse and is calling on Galen Weston, president of Loblaw—which sells chicken from Lilydale—to take immediate action by adopting meaningful animal welfare policies to prohibit the extreme animal abuse documented in the video.

The undercover video was shot by a whistleblower at more than a dozen chicken factory farms in British Columbia that supply a Lilydale slaughterhouse in Port Coquitlam. This slaughterhouse supplies chicken to Loblaw-owned grocery stores. Lilydale is a wholly owned subsidiary of Sofina Foods, which is based in Markham, Ontario.

The graphic footage shows the following:

 Workers hitting, kicking, and throwing birds and smashing them into walls and transport crates

This latest video comes on the heels of another video exposé by Mercy For Animals in October showing turkeys at a Lilydale slaughterhouse violently slammed upside down into metal shackles, cut open while still conscious and able to feel pain, and often scalded alive in hot-water defeathering tanks.

In addition to seeking swift action from law enforcement, Mercy For Animals is calling on Galen Weston, president of Loblaw, to use its buying power as a major Lilydale chicken customer to implement animal welfare policies aimed at ending the worst forms of animal abuse in its supply chain. Specifically, the group is urging Loblaw to require third-party audits, live-stream video surveillance, and a zero tolerance policy for animal abuse at its supplier farms to deter egregious acts of worker violence.

Mercy For Animals is also asking the company to improve genetic selection and monitoring systems for poultry in its supply chain to prevent lameness and other serious health issues and to end live-shackle slaughter in favor of less cruel systems that eliminate the horrific suffering caused by shackling, shocking, and slitting the throats of conscious animals.

“This video shows some of the most sickening animal abuse we’ve ever seen, including workers sadistically tearing live animals limb from limb,” said Krista Hiddema, vice president with Mercy For Animals in Canada. “It’s clear that Lilydale is incapable of preventing even the most twisted forms of sadistic cruelty at its supplier farms. Loblaw must act now to implement a meaningful animal welfare policy to ensure chickens sold in its grocery stores are not tortured to death.”

SPCA Ask Drivers To Be Cautious Driving At Night – Watch For Pedestrians …. And Wildlife