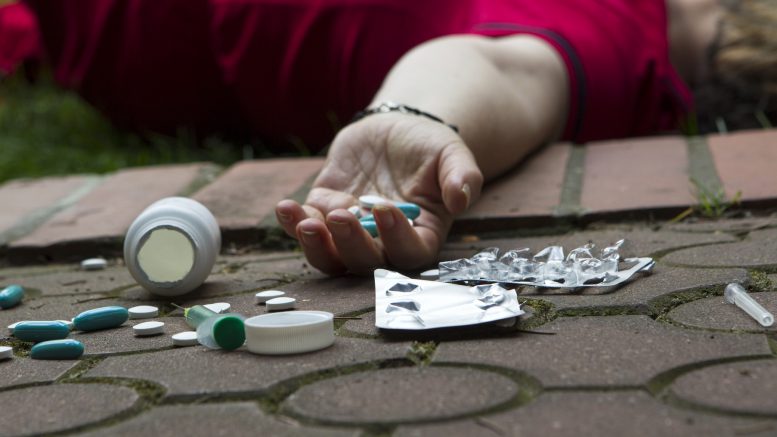 Fraser Valley – Fraser Health’s chief medical health officer has released a new report that describes an increase in drug toxicity deaths in young adults, women and South Asian men in the Fraser Health region. The report, developed after reviewing medical charts of people who died from illicit drug toxicity in Fraser Health, provides valuable information to determine where efforts and focus should be to support our patients, families and communities.

This on the heels of the record May to May OD deaths and May 2020 being a one month Provincial record overall. Also following a Province wide Overdose warning for injection and smoked drugs.

In 2019, Fraser Health conducted medical chart reviews of 105 people who had experienced an illicit drug toxicity death in 2017 and 2018, had a personal health number and had accessed hospital services within Fraser Health a year prior to their death.

Males between the ages of 19 and 59 continue to account for the largest number of fatal and non-fatal illicit drug overdoses in Fraser Health. New data shows additional patterns of increased overdose fatality rates of young adults, women and South Asian men.

“When people lose their life to overdose it is felt in communities and by families in every corner of our province and in deeply profound ways.” said Judy Darcy, Minister of Mental Health and Addictions. “Stigma about using drugs and about overdoses is something that each of us, in every community, must work together to overcome so that more people come forward and reach out for the help they need. We are committed now more than ever to turning the tide on this terrible crisis so that no family has to lose their son, their uncle or their mother to this preventable tragedy.”

“This past May saw the highest number of overdose deaths recorded in a month in British Columbia, which is a stark reminder of why this public health crisis needs to remain a priority,” said Dr. Martin Lavoie, Fraser Health chief medical health officer. “The information in this report allows us to refine how we are responding to this crisis.”

Fraser Health has taken a number of actions already to respond to these findings:

In addition, as part of last year’s $10 million investment in affordable community counselling, the Ministry of Mental Health and Addictions provided funding to the Moving Forward Family Services Society and DIVERSECity Community Resources Society in the Fraser Health region.

During the COVID-19 pandemic, social isolation, stress, lack of work and disruption of the supply chain have all contributed to increased toxicity in the drug supply and increases in the number of overdoses and overdose deaths. Fraser Health has continued with all services and have expanded virtual capacity to engage with people who use substances, and continues to look at ways to enhance support for people who use drugs. Fraser Health has taken a comprehensive approach to addressing the public health overdose emergency in our region, including distribution of naloxone and training, overdose prevention and supervised consumption services, and fast-tracking pathways to substance use treatment and care.

For more information about Fraser Health’s work to address the overdose public health emergency in our region, please visit fraserhealth.ca/overdose.

Be the first to comment on "New Fraser Health Report – Increase in Drug Toxicity Deaths in Young Adults, Women and South Asian Men"