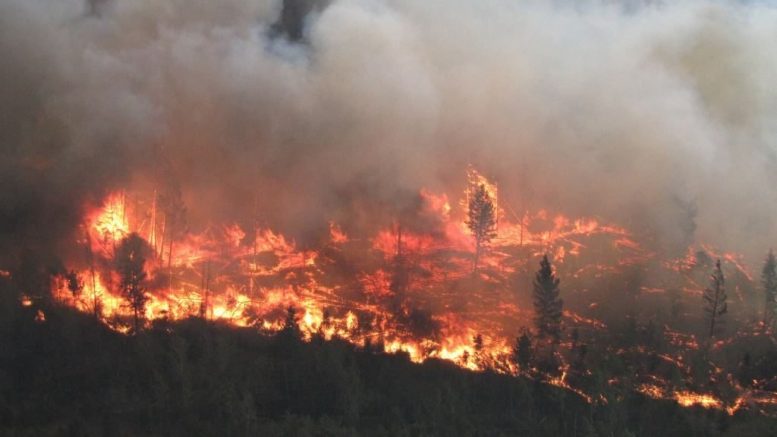 Fraser Valley/Victoria – Despite the current May heat, how does the BC Wildfire Service make predictions about a fire season?

Right now, it looks like an average year, but don’t let your guard down.

Fire season forecasts are determined by meteorologists and fire behaviour specialists, based on the analysis and monitoring of a range of environmental factors and observed weather data.

Conditions that affect soil moisture, fine fuel moisture content, and vegetation growth are also considered, since they influence the amount of fuel available for wildfires.Ultimately, the severity of a fire season is highly dependent on local weather patterns, such as the timing and amount of precipitation, length of dry periods, lightning, and wind events.

Although climate models are useful for assessing trends and patterns over long periods of time, daily weather cannot be reliably forecast beyond a few days.

Most wildfires at this time of year are human-caused and therefore preventable.

For more information, including resources on how you can foster wildfire resiliency within forests and communities, visit:www2.gov.bc.ca/gov/content/safety/wildfire-status/preventionand www.firesmartbc.caSpring

April was drier than normal in British Columbia, with Prince George experiencing its driest April on record. Despite several active wildfires early in the season (due to low humidity and high wind speeds in valley bottoms), periodic rain and the remaining snowpack have helped keep the total number of ignitions low.

At this point in May, BC can expect normal spring fire conditions. Fuels are drying as temperatures continue to rise, leading to an increase in the amount of available forest fuels in many regions throughout the province.

Regions that are especially vulnerable at this time include the Okanagan and Cariboo, the far southeast, and the east side of the Rocky Mountains.

Over the next two months, vegetation in B.C. will be going through its green-up phase. Green-up refers to the stage of vegetation growth when a forest transitions from a leafless state to a leafed state. This new growth helps reduce early-season fire behaviour by mixing with the accumulated dead fuels and increasing localized humidity.

Grassfire activity is expected to continue as we transition into summer and as fine fuels dry out quickly due to high temperatures and lower humidity. Current suppression tactics are successfully holding most wildfires to small sizes. According to seasonal temperature forecasts for the month of May, temperature extremes are unlikely.

Although precipitation patterns are more difficult to predict, we anticipate “normal” to “dry” weather patterns (on average) throughout the province in May.

The summer wildfire season in B.C. is strongly influenced by the June rainfall cycle, which is currently too far away to reliably predict. Since April 1, 2020, B.C. has experienced 111 wildfires, about 83% of which have been confirmed as human-caused. Based on current forecasts and activity levels, we are expecting the spring wildfire season to be consistent with long-term patterns in B.C.

Open Letter Of Thanks From BC Fire Chiefs To Wildfire Service

Be the first to comment on "BC Wildfire Service Expects An Average Fire Season .. so far .."