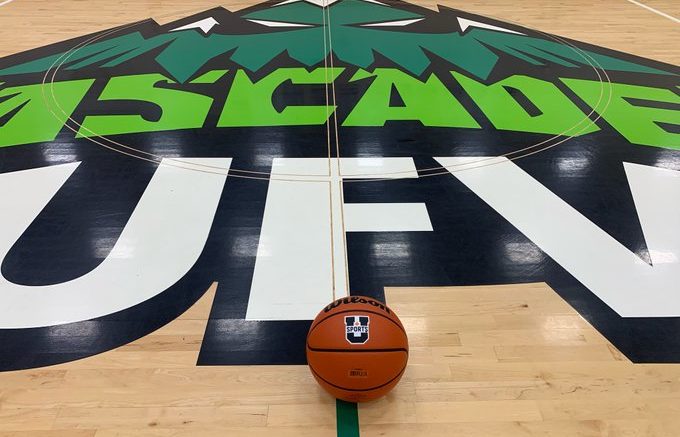 Fraser Valley – The University of the Fraser Valley women’s basketball program shopped local in an effort to reload its roster, signing three players to comprise its Class of 2020.

“We are really excited about our team moving forward after the season we just had,” said Cascades head coach Al Tuchscherer, whose youthful roster posted a 16-4 record in Canada West conference play in 2019-20. “This class is a group that will really compliment what we already have in place. Syd Fraess brings two years of exceptional play at the CCAA level, while our true freshmen, Kyleigh and Gurveer, are outstanding athletes who make us quicker in transition and give us some defensive options.”

Boldt put together a stellar high school basketball career with the Yale Lions. She earned athlete of the year honours at Yale in her Grade 9 and 10 seasons, and helped the Lions to a fourth-place finish at provincials in 2018, earning first team all-star honours at the Fraser Valley and B.C. championship tourneys. After an injury-marred Grade 11 year, she came back strong as a senior, helping the Lions win bronze at 4A provincials. Along the way, she earned all-star nods at the Eastern Valley championship and the Cascade Classic.

“We think Kyleigh was one of the most underrated players in high school basketball last year,” Tuchscherer said. “She’s an outstanding athlete with a penchant for making big plays in big situations. Her motor and compete have always been her calling card but we think she has been an underrated scorer who can shoot the three and put the ball to the floor. We’re excited to see Kyleigh open some eyes this year.”

“As a student-athlete playing in the Fraser Valley, I’ve had many coaches who spoke highly of the WBB program at UFV,” said Boldt, who will pursue a criminal justice degree. “Watching Cascade home games, I could see the chemistry between teammates and the respect towards their coaches. I became a genuine Cascade fan. When I was injured for my Grade 11 season, I felt my chances of reaching my goals slipping away. I was determined to finish senior year leaving everything on the court and just enjoy my last season. When Coach Al put an offer on the table I was so thrilled that he believed I was Cascade material. It was a no-brainer for me! I’m excited to keep growing in this sport and learn from this incredible team.”

Sidhu was a high-volume scorer at Mouat, pouring in 27 points per game on behalf of the Hawks this past season and earning league all-star honours. Coach Tuchscherer calls her “the wild card of our recruiting class” and compares her skillset to former Cascades point guard Celeste Dyck.

“Gurveer has been a high-level scorer in B.C. high school basketball for the past three years,” he noted. “She has extreme quickness and is a shifty guard who can score in a bunch of different ways. Her quickness also makes her a real pest on defence. What she lacks in size she makes up for with determination and an ‘I’ll show you’ attitude.”

Sidhu is enrolled in kinesiology at UFV.

“I chose UFV because it’s always been a dream to be competing with the best girls while being coached by the best staff,” she said. “I feel like everyone is always working hard. My dreams and goals for my time with the Cascades are to grow and be the best I can be while encouraging others to as well. I want to see us all succeed together.”

Fraess, a former high school teammate of current Cascade Deanna Tuchscherer at G.W. Graham, is coming off a sparkling two-year run at Douglas College. She paced the Royals and finished fourth in the PACWEST in scoring (13.2 points per game) this past season, and she did so in highly efficient fashion, leading the league in field goal percentage (48.0) and three-point percentage (39.1). She also led the Royals in rebounding (6.9) and steals (1.8) on her way to PACWEST first team all-star honours. Fraess’s rookie season was equally promising – she earned a conference all-rookie nod in 2018-19.

“We know Syd very well, and she’s flourished under coach Steve Beauchamp at Douglas,” Al Tuchscherer said. “I think she’s a perfect example of a very self-aware athlete taking the right path, getting great coaching and then moving on to the U SPORTS level. If you look at the PACWEST leaderboard it becomes apparent what an effective and versatile player she has been for DC. We love her versatility and her efficient play, and we think she is going to have an immediate impact on our team this year.”

“I chose to come to UFV because I see that I have the potential to grow and develop as a person both on and off the court,” said Fraess, who will be in general studies. “I believe that UFV can help me accomplish my individual and academic goals, and the familiarity I have with some of the girls and coaching staff made my decision that much easier. During my time here I believe that we have the ability to make, if not win, a national championship, and make an impact in the league.”