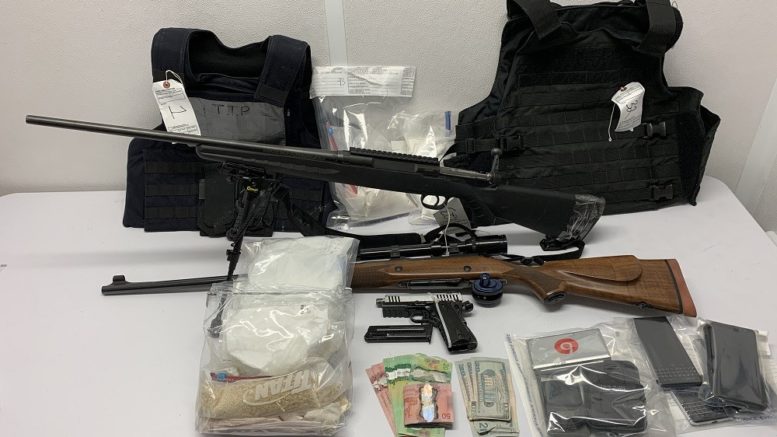 Chilliwack –  Illegal drugs, firearms, and cash were seized by the RCMP during the execution of a search warrant.

Bulk quantities of drugs believed to be fentanyl and heroin, together with smaller amounts of methamphetamine and cocaine, paraphernalia consistent with the preparation and sale of illegal drugs, cash, stolen property, a loaded .22 calibre pistol, rifles, and explosive blasting caps were seized by police during the search.

Following a thorough investigation and review of evidence, all circumstances of the investigation will be forwarded in a report by the RCMP to the Public Prosecution Service of Canada (PPSC) for their assessment of CDSA charges.

Provincial Chief Coroner On Drug OD Crisis In BC

Be the first to comment on "RCMP Show Off February Princess Avenue Bust Including Illegal Drugs, Firearms, Cash"