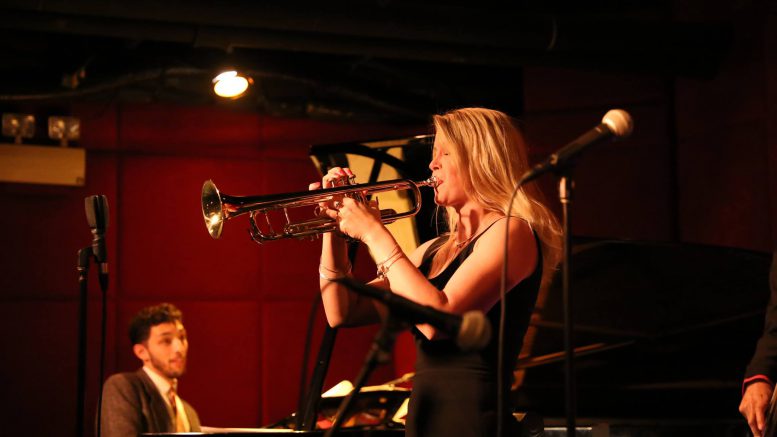 Saskatoon/Toronto/Chilliwack (with files from CARAS, Billboard/Alan Cross?A Journal of Musical Things) – Chilliwack’s Bria Skonberg was once again, among the nominees for the Juno Awards.

What about the 2020 Juno Award winners? Will we ever find out who won? Alan Cross with the Canadian publication “A Journal of Musical Things” says:

The short answer is “not for a while.” When you think about it, this is probably the best course of action. Let’s get through this crisis before we celebrate anything.

For 2020, Bria is nominated again for Vocal Jazz Album of the year with her release “Nothing Ever Happens”.

Canadian pop singer-songwriter Alessia Cara was to host the 49th annual Juno Awards on March 15 at the SaskTel Centre, in Saskatoon, Saskatchewan; she also leads the pack with six nominations.

Cara was to perform on the telecast, alongside 2020’s Canadian Hall of Fame inductee Jann Arden, Tory Lanez, The Glorious Sons, Daniel Caesar and Lennon Stella, with more acts to be announced in the coming weeks. The two-hour broadcast is filled with performances, as most of the Juno Awards will be doled out at a private, industry-only gala dinner that takes place March 14 at the World Trade Center Saskatoon.

For the past two decades, CARAS has moved the Junos from city to city each year. The 50th anniversary celebration will be in Toronto next year, where the show originated.

Be the first to comment on "UPDATE – 2020 Juno Awards When Will We Know The Winners? – Nominees Included Chilliwack’s Bria Skonberg"