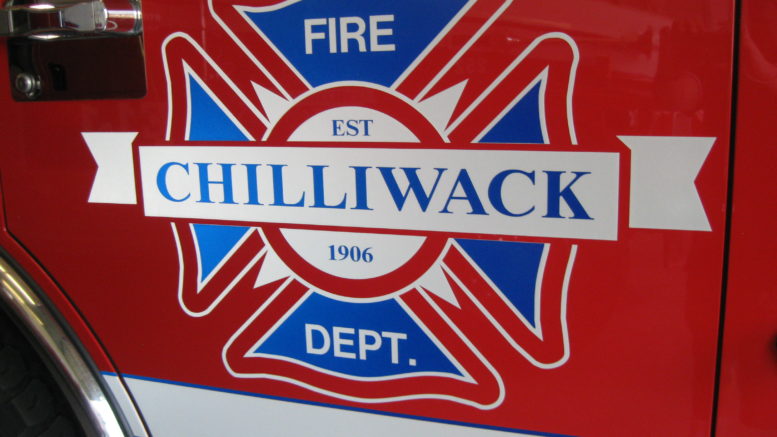 Chilliwack – On Friday Afternoon(March 06,@ 1:30PM) Chilliwack Fire was dispatched to a structure fire located in a three-story apartment complex in the 9400 block of Cook Street.

Firefighters responded from Halls 1, 2, 3, 4, 5 and 6, and on arrival, reported seeing heavy black smoke and flames venting from a second-floor apartment engulfing the balcony area and lapping to the third-floor. The building fire alarm had been activated and some residents were evacuating the structure.Initial arriving crews stretched hose lines to control the fire from the exterior and laddered adjacent balconies to rescue occupants closest to the fire apartment. Crews then set up for an interior attack and quickly brought the fire under control.

The apartment of origin suffered major damage,while the apartment building suffered smoke damage. One person was treated and released for smoke inhalation. There were no fire fighter injuries.

This fire is considered accidental and is under investigation by the Chilliwack Fire Department.