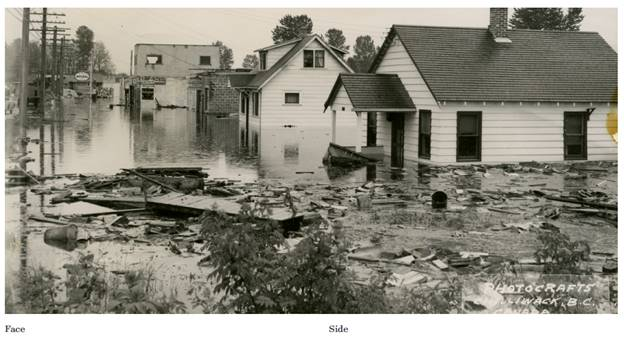 Chilliwack – Chilliwack’s heritage is about to become a little more visible in six locations throughout the city. At the March 3, 2020 Regular Meeting of Council, Council approved the Heritage Advisory Committee’s recommendation to wrap six electrical kiosks with images historically relevant to the area to promote Chilliwack’s heritage and beautify their respective locations.

The Heritage Advisory Committee is a Select Committee of Council that has been providing input on the development of a Heritage Strategic Plan for the City, which will be presented to Council later this year. The Committee pre-selected locations for these wraps based on several criteria, including high visibility, neighbourhood, high graffiti areas, and areas with limited opportunity for other street beautification.

The six wraps will each display images that are historically relevant to their location. For example, Alexander Avenue will receive a wrap featuring the former City Hall with military soldiers and a kiosk on Progress Way near Lickman Road will feature a Ts’elxwéyeqw woman in a canoe. The other locations include Wellington Avenue near College Street, Yarrow Central Road across from Yarrow Pioneer Park, Vedder Road near Storey Avenue and Yale Road in Chilliwack Proper.

BC Hydro kiosk locations and Heritage Advisory Committee recommended historical photos are listed below (photos will appear on kiosks as shown).

Vancouver Drops New Logo – Too Simple, Dull And Too Much Like Chilliwack