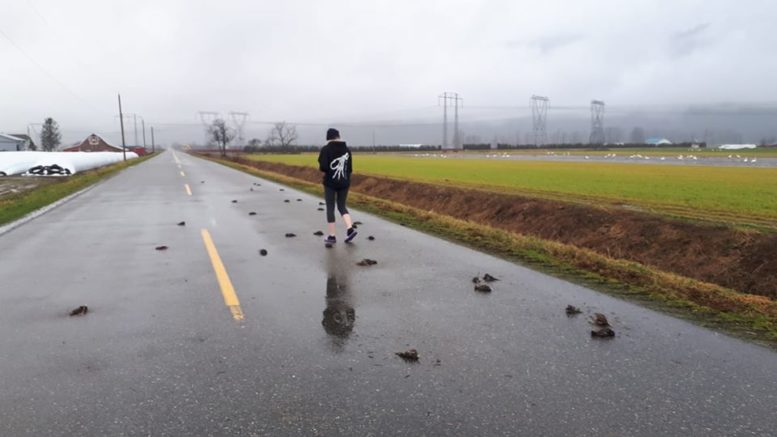 Yarrow – Dead Birds in Yarrow and no one knows why. It sounds like a bad Warren Zevon song. Or Rob Zombie.. even Ozzy !

About a dozen dead birds were photographed along the roadside in Yarrow (4 Road and Boundary).

When asked if she could see any farmers fertilizing near by of if there was an unusual stench coming from the ditch, her replay was no. ” I was driving down 4th by boundry rd and there was a lot of dead black birds on the road does anyone know what happened? “

Being the long weekend, the Agriculture Ministry is not available and FVN has reached out to FVRD Chair, Chilliwack Councilor and Yarrow Super Fan Jason Lum for comment.

Be the first to comment on "Dead Birds In Yarrow … and no one knows why …."