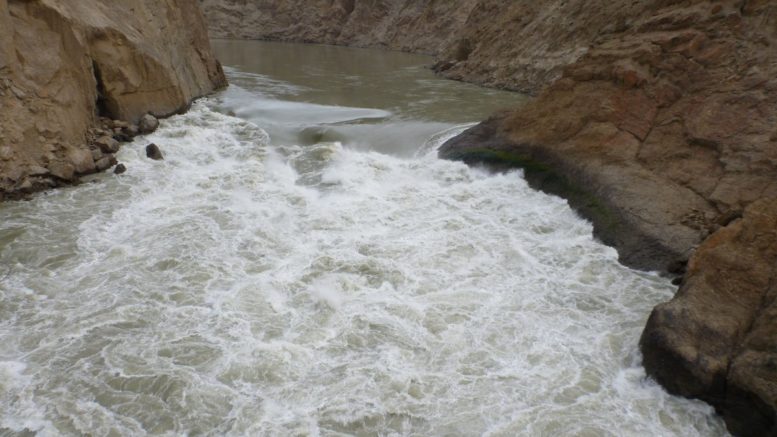 Squamish /Vancouver – On the heels from major concerns by the DFO and Fraser River Salmon Society over the salmon run at the Big Bar slide (Into the Fraser River near Lillooett) comes another plea.

The First Nations Leadership Council (FNLC) has called upon the federal and provincial governments to immediately declare a state of emergency and urgently prioritize resources for the removal of the physical obstruction at the Big Bar landslide on the Fraser River within the next 60 days. Preparations must be made to provide passage for all salmon returning in the next year. The FNLC also calls on the federal government to identify and fund a working group, including representatives from impacted First Nations, to monitor the efforts and develop contingency plans in response to this salmon fisheries crisis.

“To this day, BC First Nations have maintained a sacred relationship with the salmon that migrate through their territories and beyond. Every aspect of our lives revolves around this once rich and dwindling resource. Extreme efforts and resources must be put forth immediately to preserve cultures and ways of life that have existed for thousands of years,” stated Regional Chief Terry Teegee.

“The continuing impact of the Big Bar landslide on key chinook, steelhead, Coho and sockeye salmon runs on the Fraser River remains an urgent matter,” said Lydia Hwitsum of the First Nations Summit Political Executive. “Immediate and permanent mitigation efforts, in consultation with impacted Fraser River First Nations, must continue to be the top priorities for the Department of Fisheries and Oceans and associated provincial ministries. The remaining blockage will undoubtedly impact upstream First Nations’ access to food sources next year and has the potential to severely impair future cycles of salmon stocks which will be cause for huge losses to First Nations, commercial and sport fisheries in future years.”

Kukpi7 Judy Wilson, Secretary Treasurer of the Union of BC Indian Chiefs added, “Canada and BC must directly involve the affected First Nations in respect to the Big Bar landslide, as the disaster continues to threaten salmon to extinction, as well as First Nations’ food sovereignty and security. The federal and provincial governments must act on this immediately and not make unilateral decisions. The alarming decline in salmon potentially will collapse the fishery for our future generations.”

Late in the Spring of 2019 a massive rockslide was discovered on the Fraser River near Big Bar, British Columbia, which narrowed the river from 100 meters to 40 meters and created a 5-meter-high barrier. With coordinated efforts by First Nations, the Province of British Columbia, and federal government on response operations over the summer, the obstruction was partially reduced, but a significant portion of the slide remains as a significant barrier to migrating salmon. Without the immediate provision of resources to clear the remaining debris from the landslide before the winter season takes hold, there is a serious risk of extinction to Fraser River salmon stocks such as Early Stuart Sockeye and Early Chinook, as well as significant risk to the food security, culture, and traditions of First Nations communities along the length of the Fraser River and beyond.