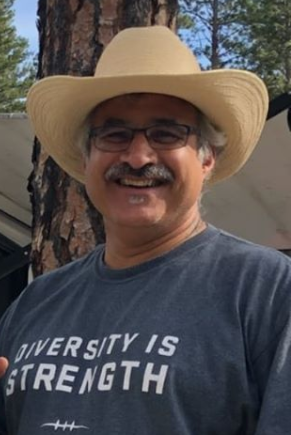 Abbotsford/Nanaimo- Charges have been laid in connection with the motor vehicle death in 2018 of Abbotsford Police Sgt. Shinder Kirk.

Kirk was killed and two others seriously injured on December 22, 2018 when it is alleged that 23-year-old Conrad Nikolaus Wetten was behind the wheel of a pickup truck when it collided head-on with the pick up driven by Kirk in South Nanaimo.

Wetten has been charged with one count of driving without due care and attention under the Motor Vehicle Act. His first court appearance is set for December 17 in Nanaimo. He is also under investigation for a separate 2018 incident in Ladysmith where is looking at charges of excessive speeding, driving without current number plates, and failing as a new driver to display his “N”.

FVN and chillTV reached out to APD for a comment. Abby Police media liaison Sgt. Judy Bird said the force will not comment as this case is now before the courts.

Kirk was a retired officer who was well known as the law liason face of the lone running Lower Mainland gang war. He served as media spokesperson for the Abbotsford Police Department, the Integrated Gang Task Force and the Combined Forces Special Enforcement Unit (CFSEU).

The original FVN story from 2018 is here.

Charges Laid In Abbotsford Domestic Assault Played Out In Public

Be the first to comment on "Charges Laid In Connection With Death Of APD Sgt. Shinder Kirk"