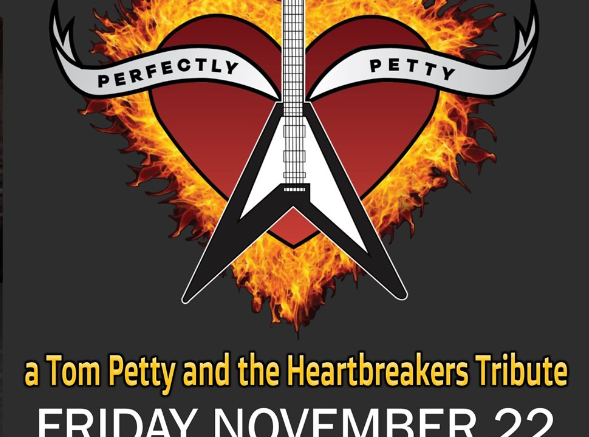 Thomas Earl Petty was a singer-songwriter, multi-instrumentalist, record producer, actor and the lead singer of Tom Petty and the Heartbreakers. He sold more than 80 million records worldwide, making him one of the best-selling music artists of all time.

Tom Petty and the Heartbreakers were inducted into the Rock and Roll Hall of Fame in 2002 due in large part to such hits as “Free Fallin’”, “I Won’t Back Down”, “Mary Jane’s Last Dance”, “Runnin’ Down a Dream”, “Learning To Fly”, “Don’t Come Around Here No More” and “Into The Great Wide Open”. Sadly, Tom left the big stage in 2017.

Dave Danylchuk has established himself as a true “Dead Ringer” in look, style, sound, and performance. He has thrilled and transported audiences with his ability to honor and channel the artist whose music touched millions of people worldwide for decades. Dave D embodies the spirit of Tom Petty and performs with a connection to the heart of rock and roll that Tom Petty was integral in cultivating.

Re-Scheduled – An Intimate Evening with Prism’s Henry Small – Wednesday, May 5, 2021