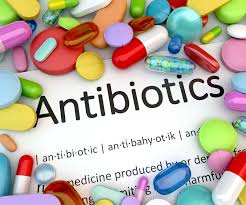 Richmond – The escalating threat of antimicrobial resistance is a national public health concern which has jeopardized the effectiveness of some commonly prescribed antibiotics, contributing to the rise of superbugs. While most British Columbians say they have a strong understanding of how antibiotics should be used and the importance of taking them correctly as prescribed, a new poll conducted by Insights West on behalf of London Drugs finds that many admit to using them incorrectly.

“The act of taking antibiotics incorrectly goes beyond your own medicine cabinet. It has widespread impact for entire populations of people and for future generations because it compromises our ability to treat infectious diseases and contributes to the rise in rise in resistant bacteria,” says Gianni Del Negro. Pharmacy Manager at London Drugs.

Canadian Antibiotic Awareness Week, which runs November 12 to 18, is a national campaign that aims to put a spotlight on unnecessary antibiotic use that is contributing to a rise in resistant bacteria, making infections much harder, and some impossible to treat. The event coincides with World Antibiotic Awareness Week, led by global champions for the responsible use of antibiotics.

“Particularly as we head into cold and flu season, it’s timely to remind British Columbians that antibiotics aren’t appropriate for all illnesses and that there are both medical risks and public health consequences of taking antibiotics haphazardly,” says Del Negro.

The poll highlighted some concerning misconceptions about the use of antibiotics among some individuals in the province including:

·        Three in ten (30%) are not aware that antibiotics are unnecessary for some common bacterial infections.

·        Nearly one in five (16%) are not aware that antibiotics are ineffective for the common cold.

·        One in ten (12%) are not aware that different antibiotics are prescribed for different infections or illnesses; they are not a “one size fits all” drug.

When it comes to some winter illnesses affecting the nose, throat, ears, throat or lungs, Del Negro says it is important to remember that over-the-counter medicines can often alleviate symptoms without the use of antibiotics.