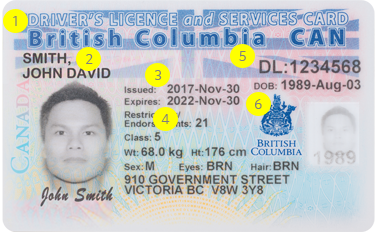 “I’ve got 24 hours to produce it, don’t I?” and “It doesn’t matter, I know my licence number.” had to be the two most common responses I received when I stopped someone that wasn’t carrying their driver’s licence with them. Yes, you may know the number, but if my past experience is any indication, most of you don’t know a lot of the other details such as class, expiry date, restrictions or even your security keyword!

“So what?” you say, “You can look it up.” Yes, I was able look it up if the system was working, but how could I be sure that it was really you, especially since the police don’t have access to driver’s licence pictures on the computers in their cars. Add the fact that your friends may have a similar physical description and may also know your licence number and it begins to really get interesting.

Occasionally your “friend” would try to convince me that they were you when I had my pen poised over my ticket book. Often they were unlicenced, prohibited from driving or would be if they were convicted of the offence I was preparing to write. Why not avoid the whole mess and personate you? I wouldn’t know I was issuing the ticket to the wrong person.

The courts have held that it is permissable to take a photo as a part of police notes when investigating an incident. I took advantage of this whenever a driver did not produce their licence. I would ask them to step to the back of their vehicle, stand to the side of the licence plate and take a shot of them, the vehicle and the plate.

If the driver was reluctant to have their photo taken, this was a sign to me that chances were very good that they were not who they said they were. I would take extra care to make sure that I satisified myself that I was dealing with the right person.

Usually the first time you found out about a successful deception was when you tried to renew your driver’s licence. The agent at the Driver Service Center gave you two options: pay for all these tickets you had never received and renew or refuse to pay and don’t renew. Not renewing meant that you couldn’t legally drive until the whole matter was resolved and that often took a month or more.

It is also possible that if the person masquerading as you accumulates a large number of tickets, you could find yourself being prohibited from driving. The could occur either by receiving notice in the mail from RoadSafetyBC or at the roadside if you are stopped by the police.

Today you can easily keep track of suspicious entries on your driving history. ICBC provides your driving record on line where you can check for driving convictions that are not yours prior to renewal.

In British Columbia when the police demand your driver’s licence you are legally obligated to immediately hand it over and allow the officer to take it in hand. If requested, you are also required to verbally state your name and current residential address. Doing so will avoid a failing to produce charge and likely significantly reduce the time that you are stopped at the roadside.

Carrying your driver’s licence could provide valuable information for rescue and medical personnel if you are involved in a collision and are unable to communicate.

DriveSmart BC – Lack of Mufflers

DriveSmart BC – Regulatory and Advisory Signs

DriveSmart BC – First In A Series – More Advance Warning Needed