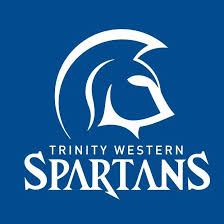 Langley – Trinity Western University’s women’s hockey program has is proud to announce Desiree Wiens of Abbotsford as the program’s first recruit as a varsity program.

The announcement comes in preparation for the team’s inaugural season playing within Canada West and U SPORTS, starting in 2020-21.

“Good leaders set the standard within a program,” said TWU women’s hockey head coach Jean Laforest. “Desiree is someone who will continually contribute towards our goal of building a program that strives to develop Complete Champions™ through her positive attitude, tireless effort and desire to succeed both on and off the ice.”

Wiens, a current Grade 12 student at MEI, began playing hockey within the Abbotsford Female Hockey Association. She has since spent time within the BC Female Major Midget AAA Hockey League, and most recently with Richmond, B.C.’s Pacific Steelers of the Junior Women’s Hockey League (JWHL).

“I am so thankful to get the opportunity to continue my hockey career close to home and in such an amazing community,” Wiens said. “Meeting Coach LaForest and seeing how hard they were working to make this team happen only made me more sure in my decision. TWU being a Christian school was also very exciting for me. When I heard TWU was going to U SPORTS, I was so excited to know that there was a team that I could join that would not only support me on the ice but also in my faith.

She was also a member of the MEI Hockey Canada Skills Academy from Grades 6-10.

“MEI Hockey Academy is excited to see one of its hockey players move on to one of Canada’s highest female hockey levels that many little girls could only dream about,” said Peter Hay, who is the MEI Hockey Academy Director. “As MEI Hockey and TWU hockey both share similar values and intentional character development, it is great to see another MEI athlete make that commitment to continue attending a Christian athletics program and school.”

Wiens added: “I joined the MEI Hockey Academy the first year it was made, back when I was in Grade 6. I found it boosted my confidence while playing on my regular team because I was always playing against the guys and having to prove myself. I had many great coaches throughout my five years involved in the academy, but my biggest influence was Peter Hay. His support and his involvement in my life was huge and he helped me become the player I am today. MEI has given me many opportunities and I am very thankful for everything the academy and the coaches did for me.”

In Wiens, the women’s hockey program is getting a player that brings all of the key elements to help build team culture.

“She is a person of character, is strong in her faith and is an excellent student and athlete who competes continually,” Laforest said. “Desiree exemplifies the type of person and athlete we want representing Spartan women’s hockey and Trinity Western University.”

Wiens’ connections at TWU run deep. Her cousin Chris Wiens is the general manager and assistant coach of the men’s hockey team at Trinity Western. She was also coached by Spartan men’s hockey assistant coach Chris Trendall at MEI, who served as the team’s skills coach.