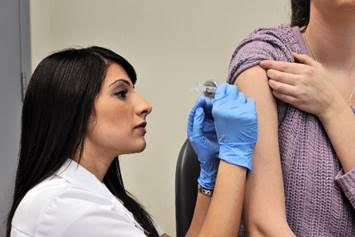 Vancouver – Just under four in ten (36%) British Columbians say they won’t get vaccinated for influenza this year – the majority of them citing common misconceptions about the vaccine to explain why. One third (34%) of those who don’t plan to get the flu shot say it’s because they don’t think it is effective or that it only works for previous strains of the virus. Other misconceptions among this group include the belief that healthy people do not need a flu shot (32%), that they don’t need it because they are not around many people or vulnerable people (22%), or that it can have negative side effects (19%). One in five say they just tend to forget or don’t get around to it (21%).

“Unfortunately, many British Columbians might not get a flu shot this year due to misconceptions about the benefits of receiving a flu shot and concerns about the safety and efficacy of the vaccines. The reality is that the flu shot is safe and it is the most effective tool we have in protecting against the flu, preventing its spread and ultimately it saves lives,” says Gianni Del Negro, Pharmacist at London Drugs.

While there are lingering misconceptions about the flu shot, eight in ten (77%) British Columbians surveyed say they recognize the importance of getting one every year to help protect those who are more vulnerable to serious flu illness – like babies, young children, the elderly and people with certain health conditions. Over eight in ten (83%) say that they are aware that the flu vaccine helps prevent hospitalizations and save lives.

“Flu shots are especially important for the elderly and young children, who are more susceptible to flu-related complications that can lead to serious health problems or death. Even healthy individuals should get a flu shot because the higher the rate of vaccination, the greater the protection for the most vulnerable individuals,” explains Del Negro.

“The awful flu seasons experienced over the last few years may have had a silver lining: flu vaccine uptake among those who haven’t been vaccinated in the past. Skepticism sometimes declines following a year where the vaccine is a good match. Last year’s vaccine provided good protection against the circulating strains,” says Del Negro.

Nearly all (96%) of those who got a flu shot last year plan to get one this season, according to the survey.

As in previous years, the standard-dose, which most people receive, typically includes immunization against both the H1N1 and H3N2 influenza A virus strains and either one or two influenza B viruses. The Fluzone High-Dose, which is recommended for people over 65, provides immunization against H1N1 and H3N2 influenza A as well as an influenza B. According to the National Advisory Committee on Immunization, there is good evidence that Fluzone High-Dose provides superior protection to seniors compared with the standard dose.