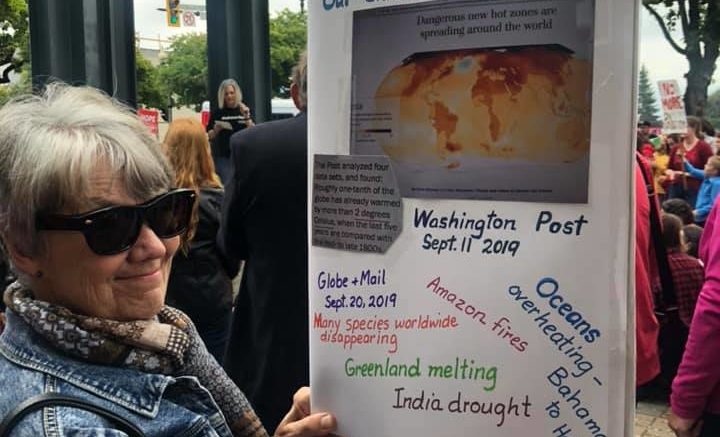 Chilliwack/Abbotsford/Victoria – This past Friday around Noon , under the clock at Chilliwack’s Five Corners, young and old gathered to express their concern about the climate crisis.

This was part of the Global Climate Strike led by Greta Thunberg. She is the young Swedish 16 year old global activist who has captivated the world. She has made a favorable impression on many (Barack Obama) and a few enemies (Donald Trump). She was instrumental in starting the movement of Fridays for Future school strikes.

Young people were asked to wear red, orange, and yellow as a symbol of rising temperatures.

Similar rallies were held at Abbotsford City Hall and the lawn of the Provincial Legislature in Victoria.