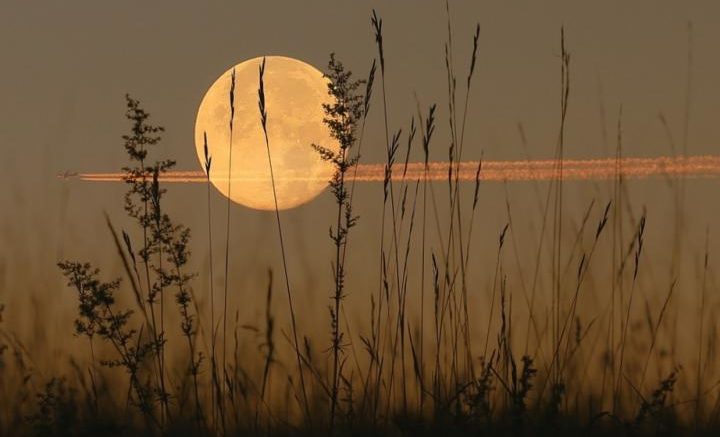 Fraser Valley (With files from USA Today, EarthSky, Astronomy Magazine, Huffington Post and Farmers Almanac) – “..and I’m still in love with you, on this Harvest Moon” – Neil Young

A full harvest moon is coming this Friday the 13th. But it won’t be as romantic as the 1992 Neil Young Song. In fact, here’s why it’ll actually look small.

The “harvest” moon will rise in the eastern sky on the evening of Friday the 13th, and the nearly full moon will be visible each night through the weekend.

(Although the official moment of the full moon is actually 12:33AM EDT on Saturday the 14th, it will still look plenty full throughout Friday evening, EarthSky said.)

This month’s full moon is also an unusually small full moon: On Friday, the moon reaches “apogee,” the farthest point in its orbit around Earth, hence the “micromoon” nickname, Astronomy magazine reports. On Friday, it’s 252,511 miles from Earth’s center.

At its apogee, the full moon will appear 14% smaller to people on Earth than when the moon is at its closest, making it a micromoon, HuffPost reported. This is the opposite effect of the famed “supermoon,” when the moon is as close as it can get to Earth.