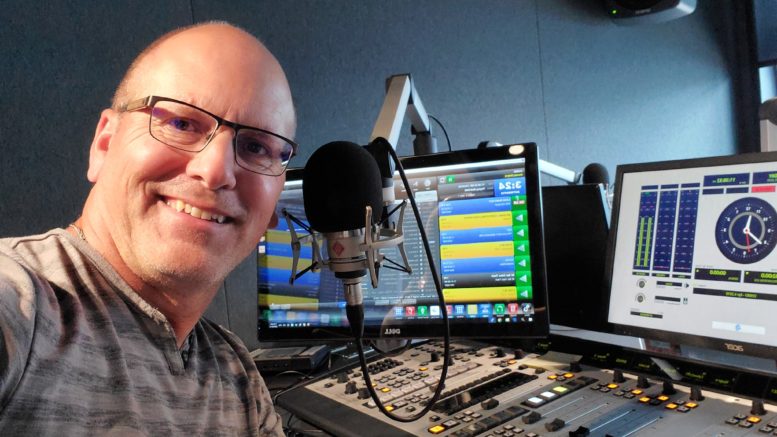 Fraser Valley – He has been the #1 radio morning voice for over 30 years in the Fraser Valley. From the original CHWK AM to Radio Max to Star FM, Scott Riley has been waking up audiences with his quick wit, humour and family antidotes.

All good things must come to an end and Riley will retire at the end of the year. Hanging up the mic for good is not easy for anyone in Broadcasting, and (inside joke) radio nightmares won’t go away. (lol)

Hey everybody.. I have an announcement to make. I am RETIRING!!!
34 years ago I rolled into town with my wife Wendy and our young daughter, Kendra. Little did I know that I would spend the next 34 years broadcasting to this city that we love. It was initially a five year plan, but you know how life works.
I will admit, that in a business where most people’s resume’s look like travel brochures, I have been lucky to spend almost my entire radio career here in Chilliwack. It’s something that I’m proud of, and hopefully, I have served you well.
But it’s time to hang up the headphones and spend more time with Wendy and the grand kids, and more time on the golf course. I’ve still got a little time to put in as the search for my replacement gets underway, and I’ll be wrapping it up at the end of the year. It’s been fun!!!!!! -Scott

In 2015, FVN ran a piece on Riley’s 30th anniversary in Chilliwack and the Valley. That story is here.