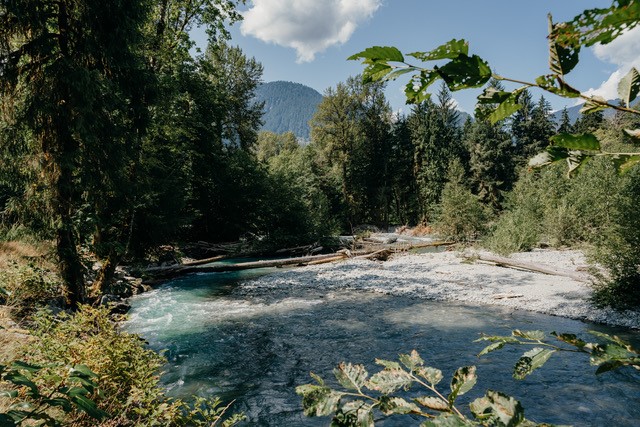 Vancouver — The 2019 WWF-Canada Restoration Fund recipient, BC’s Katzie First Nation, will use the $150,000 grant to restore the Upper Pitt River’s Blue Creek habitat. The area provides a healthy ecosystem for local wildlife and communities and is the traditional territory of the Katzie First Nation.

The Restoration Fund, a partnership with WWF-Canada and Coca-Cola Canada, supports projects that aim to improve the health of Canada’s freshwater ecosystems through direct, on-the-ground initiatives.

The Upper Pitt River’s Blue Creek has been home to Katzie First Nation since time immemorial and is a crucial reproductive hotspot for the Upper Pitt Chinook salmon. Due to decades of intense fishery pressures and poor land-use practices, this traditional spawning ground has been damaged. Chinook salmon have declined as a result, with spawner numbers decreasing from 3500 in the 1960s, to as low as 75 in 2018.

The Katzie First Nation, a member on the Lower Fraser Fisheries Alliance, plans to recover this crucial habitat by removing in-stream barriers caused by a recent landslide and build rock and log fortifications to protect spawning beds. These changes will help restore fish migration, ecosystem connectivity and water flow into neighbouring channels that support a variety of species including Chinook, Coho and endangered Steelhead Trout.

Chinook salmon are an important cultural and economic species as well as a major food source for Southern Resident Killer whales. With increasing stressors on both Chinook salmon and their habitat, this traditional First Nation cultural site and spawning ground could be lost, leading to food-web imbalances. This restoration project hopes to reverse this loss and provide future stability to communities, wildlife and Chinook salmon.

“Our longstanding relationship with nature focuses around the Pitt and Fraser Rivers and we have always focused on salmon as a sacred animal and focal point to our culture. Salmon are more than fish, they are our family. We hope to protect future generations of species and British Columbians through this important work.”