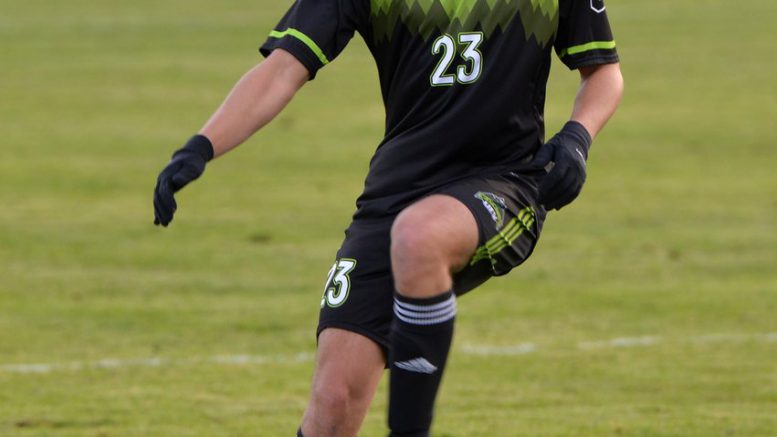 Given the degree of difficulty that their regular-season schedule presents, it only makes sense that the University of the Fraser Valley women’s soccer team loads up its preseason slate with heavyweight opponents.

The Cascades launch their preseason this week with a two-game road swing to take on the Eastern Washington Eagles in Cheney, Wash. on Friday, and the Idaho Vandals in Moscow, Idaho on Sunday.

Their exhibition schedule features a pair of home games at MRC Sports Complex: Aug. 18 vs. the Northwest Eagles, and Aug. 29 vs. the Concordia Cavaliers. The balance of the games are on the road.

The goal is to have the Cascades ready to hit the ground running at the start of the Canada West regular season. UFV opens on the road, taking on the UVic Vikes (Sept. 6) and the UBC Thunderbirds (Sept. 7), and host their home openers the following weekend vs. the Manitoba Bisons (Sept. 13) and Winnipeg Wesmen (Sept. 14).

Giesbrecht noted that this year marks the first time in program history that the Cascades will play two NCAA Div. I sides in the preseason.

“We felt it was important to test ourselves against top competition, and we’re looking forward to that,” he said. “We’re a young team, still building, and we need growth opportunities. You get that from playing quality opposition. I look forward to seeing how my young players do against the pace and physicality these teams present, and I feel it will be great preparation for our grueling Canada West schedule.”

With the Canada West regular season just around the corner, the University of the Fraser Valley men’s soccer team ramps up its preseason prep with an exhibition trip through Washington state next week.

The Cascades open the jaunt in Olympia with a pair of games on the campus of Evergreen State College, taking on the Evergreen State Geoducks (Aug. 14) and the Tacoma Community College Titans (Aug. 15). From there, they head to Port Angeles to face the Peninsula College Pirates (Aug. 16), and wrap up the trip in Kirkland for a date with the Northwest University Eagles (Aug. 17).

Evergreen State and Northwest play in the NAIA, while Tacoma and Peninsula are junior college programs.

Head coach Tom Lowndes’s squad also has a pair of local scrimmages on their slate – they defeated Whatcom Community College Orcas 2-0 this past Monday in Bellingham behind goals from Mikael Mainella and David Parfett, and they take on the Douglas Royals on Saturday in New Westminster.

All of the preseason sweat equity culminates on Aug. 23, when the Cascades host their Canada West opener vs. the UBC Thunderbirds (7 p.m., MRC Sports Complex, CanadaWest.tv).

“I think we have a good mix of teams we’re going to play,” Lowndes said, reflecting on his squad’s exhibition schedule. “They’ll present us with different challenges, and they’ll give us an opportunity to try some different things out and to even the minutes out. All of our players will have the opportunity to show what they have as we go into the regular season.”

Getting a handle on players’ capabilities is particularly important for Lowndes given the sheer volume of youth on his roster. Sixteen players are embarking on their first season of eligibility, guided by a solid core of veterans featuring a trio of returning fifth-year seniors in forward Gurmaan Jhaj, midfielder Brady Weir and defender Tyler Henderson.

Lowndes emphasized that piling up wins during exhibition play isn’t a huge priority.

“It’s about getting everybody minutes so we’re game-ready come the Canada West opener,” he said. “It’s about settling into our system and the way we want to play, and gelling as a unit. For our younger players, it’s about adapting to the pace of play and the physicality of the level.”

Be the first to comment on "UFV Cascades Soccer Preview"