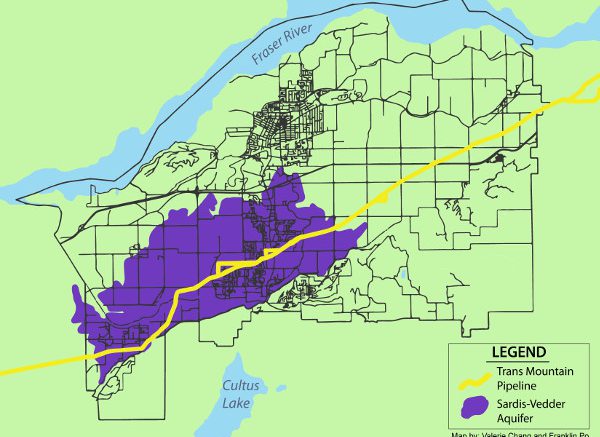 Ottawa – The Trans Mountain Pipeline twinning/expansion Project has the official Green Light to proceed ( this is the second approval as the first was sent back for review), but there is still lots of work and hoops to jump through before everything is etched in stone.

The corporation, now owned by Canadian Taxpayers (the pipeline was purchased fr Kinder Morgan) still needs to secure approvals from the National Energy Board to authorize construction, authorizations under the Fisheries Act, permits under the Species at Risk Act, approval under the Indian Act, authorization under the Canadian Transportation Act, and approval and licensing under the Explosives Act.

This comes 9 months after the Federal Court of Appeal ripped up the original federal approval, citing incomplete Indigenous consultations and a faulty environmental review.

As expected, protests and criticism is coming fast and furious.

BC Premier John Horgan, whose NDP/Green alliance is opposed to the project, said his government will have to look at all their options.

The Chilliwack School Board is meeting for the last time in the 2018-2019 School Year and they plan on sending a letter to the powers that be, expressing concern that the project will cut across school properties in Chilliwack. The Board plans to send a letter to the National Energy Board opposing both the current and proposed routing of the Trans Mountain Pipeline through the Watson Elementary and Vedder Middle School Grounds. The Board opposes any variation to the proposed route that intersects with Chilliwack School District grounds and facilities. NOTE- The NEB has already approved the right of way.

From the Union of British Columbia Indian Chiefs :

In spite of today’s federal cabinet approval of the controversial project, Indigenous leaders from across BC remain staunchly opposed to the Trans Mountain Pipeline Expansion (TMX) and have vowed that it will never get built.  The federal government was forced to redo consultation with First Nations after a unanimous Federal Court of Appeal quashed a 2016 approval “falling well below the mark” on meaningful consultation set by the Supreme Court of Canada.

A report issued last year from the world’s leading climate scientists issued a dire warning that there is only twelve years left to stem the impacts of global warming and keep the maximum temperature increase to 1.5C globally. We have a dozen years to undertake dramatic, urgent and unprecedented changes to our economies, and how we interact with the natural world. Earlier this week, the Government of Canada passed a motion declaring there is a climate emergency, and declaring that climate change is an urgent crisis that affects the health and security of Canadians, as well as it impacting the Canadian economy.

Today’s announcement demonstrates a lackadaisical and irresponsible approach to combatting climate change and recognizing the human rights of Indigenous Peoples.

“This decision is disappointing, but not a surprise. Tsleil-Waututh again engaged in consultation in good faith, but it was clear that the federal government had already made up their mind as the owners of the project.” said Chief Leah George-Wilson of Tsleil-Waututh Nation. “Unfortunately, this feels too familiar — Canada repeated many of the same mistakes from last time. We will review the decision carefully with our team, and we will consider our legal options to ensure our rights are protected.”

Andrew Scheer, the Leader of Canada’s Conservatives and of the Official Opposition:

“Today’s cabinet approval of the Trans Mountain Pipeline Expansion will come as no surprise. This will, in fact, be the third time the Liberals approve this project. Approving it for a third time is meaningless.

“The question is when will it get built. The Liberals still have absolutely no plan for construction.

“After approving it for the first time in 2016, Justin Trudeau and the Liberals failed to demonstrate the leadership and political will to get it built.

“So, with the project in jeopardy, the government purchased it with $4.5 billion in taxpayer dollars. This sent a message to the world that the only way to get a big project built in Canada is to have the government nationalize it.

“What stunning hypocrisy for Prime Minister Trudeau to approve a massive tar sands oil pipeline the day after his government declared a climate emergency and reaffirmed its commitment to the Paris Agreement. This is like declaring war on cancer and then announcing a campaign to promote smoking. But this is far from a done deal. First Nations and Canadian environmentalists will continue to fight this project and their international allies will support them in whatever way they can.”