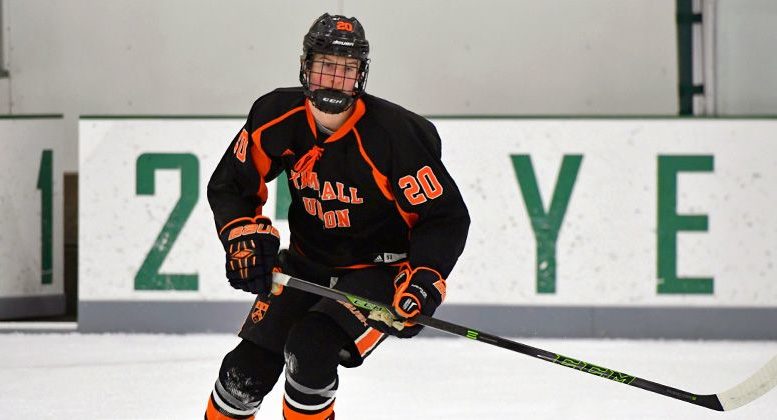 Chilliwack – The Chilliwack Chiefs announced the commitment of 6’3″ 200 lb, 2001-born forward Arlo Merritt for the 2019-20 BCHL season. Merritt, who hails from Halifax, Nova Scotia suited up last season for the Kimball Union Academy in Meriden, NH. Last season Merritt put up 19 goals and 11 assists for the Wildcats and was a very dependable player on both sides of the puck. A commit of Ohio State, Merritt also suited up for the Lincoln Stars in 4 games last season, registering a goal. In 2017, he was drafted by both the Lincoln Stars in the USHL, and the Halifax Mooseheads of the Quebec Major Junior Hockey League. He is currently ranked #144 among North American skaters for the upcoming 2019 NHL draft.

“We are really happy to announce the signing of Arlo Merritt. Arlo is a player we have been scouting for quite some time and also happens to have family in the Chilliwack area. He will be a great addition to our forward group as he adds size, strength, and plays a mature two-way game that will serve him well in the BCHL this season,” says Chiefs Head Coach and General Manager Brian Maloney.

Merritt will report to Chilliwack for training camp in late August.

Chiefs In 4 – 4 Tie With Silverbacks – Showcase Is Next