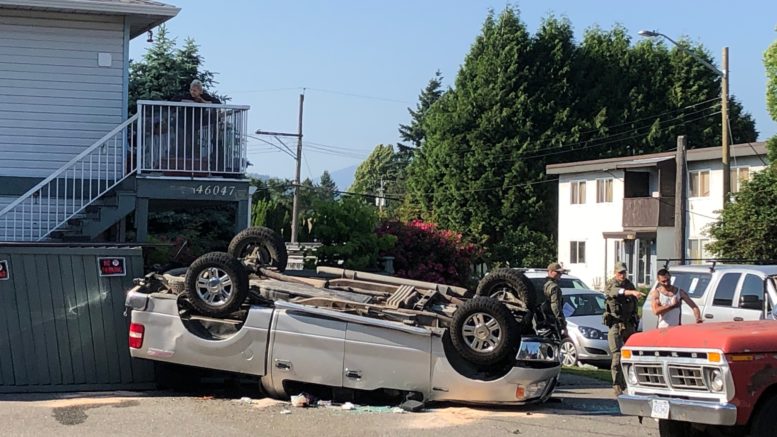 Chilliwack – Shortly after 5PM Friday (May 31) at the corner of Fletcher and Bole, what appears to be a speeding truck going north on Fletcher, according to witnesses, blew through a stop sign at Bole, flipped over another vehicle (or collision, accounts were sketchy) and slid towards an apartment building. Again, witnesses who talked with FVN/chillTV said they heard a massive bang but it didn’t sound like a police chase.

BC Ambulance did take at least one woman to hospital with apparent head injuries, and another male was taken away in handcuffs by RCMP.

This was literally around the corner from the FVN office.