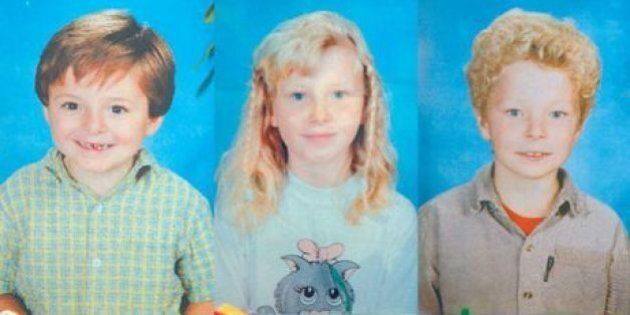 Coquitlam/Merritt (with files from CBC/Global/CTV) – The mother of Allan Schoenborn’s murdered children Kaitlyn, Max and Corden has died. Family spokesperson Dave Teixeira issued a brief statement on social media: It is with a heavy heart that I share with you that DARCIE CLARKE, mother of Kaitlyn, Max and Corden passed away last (Thursday) evening. Since her three children were murdered by Allan Schoenborn in 2008, Darcie has been a tireless advocate of victim rights. I ask that you respect the family’s privacy and no further comments will be made at this time. Darcie had no peace over the last 11 years. Her family was tormented by an evil man, then an uncaring justice and Review Board system. My hope is Darcie’s legacy will be we as a society care more for women, children, and victims of crime than a murderer and provide better support for those who suffer from mental illness. I hope Darcie’s broken heart can now rest in peace.

The cause of death has not been revealed.

In February of this year, the BC Review Board maintained that 3 time child killer Allan Schoenborn “remains a significant threat”, and was denied his request for “mandatory outings”. The children were murdered in their Merritt home in 2008. In 2010 Schoenborn was found not criminally responsible. In 2017, a B.C. Supreme Court justice ruled he did not meet the criteria for a designation of high rick accused.

At the time, the BC Review Board ruled that Schoenborn had to stay at Coquitlam’s Forensic Psychiatric Hospital but could be allowed escorted visits into the community.

Darcie Clarke wrote on her website that the ruling was “horrible news”.

“I live in the Tri-Cities and I will now live in consistent fear,” she wrote.

The FVN story can be found here