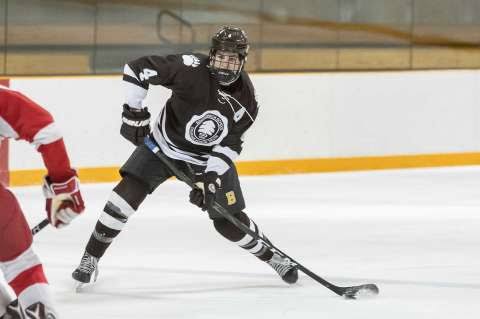 Chilliwack – The Chilliwack Chiefs announced the commitment of defenceman Cooper Moore. A native of Connecticut, Cooper spent last year’s split season playing for the Mid Fairfield Rangers and the Brunswick School. A dynamic left shot defenseman, Cooper is listed at just over 6’1″ and 185 lbs, and is committed to attend the University of North Dakota for the 2020-21 season. In the 2019 USHL Draft, Moore was the highest selected defenseman, 4th overall. Last season for the Brunswick School he registered 13 goals, 18 assists for 31 points in 28 games played. Along with the Chiefs’ last commitment announcement Nikita Nesterenko, Moore is slated to go in this year’s NHL Entry Draft – currently ranked #88 overall amongst North American skaters.

Head Coach and General Manager Brian Maloney had this to say when asked about Cooper Moore’s decision to come to Chilliwack despite all the quality development options he had:

“Cooper is the dynamic defenceman that we’ve been watching for over a year now. The process of getting Cooper to Chilliwack took quite some time because of all of the options available to him. Not only is Cooper a player with dynamic ability and vision, he is also a phenomenal person who will fit nicely with the Chiefs culture. We look forward to helping Cooper develop as a student-athlete before he heads off to North Dakota.”

Cooper Moore will report to main training camp in Chilliwack in mid-August.

Chiefs Grab A Goalie From Neepawa