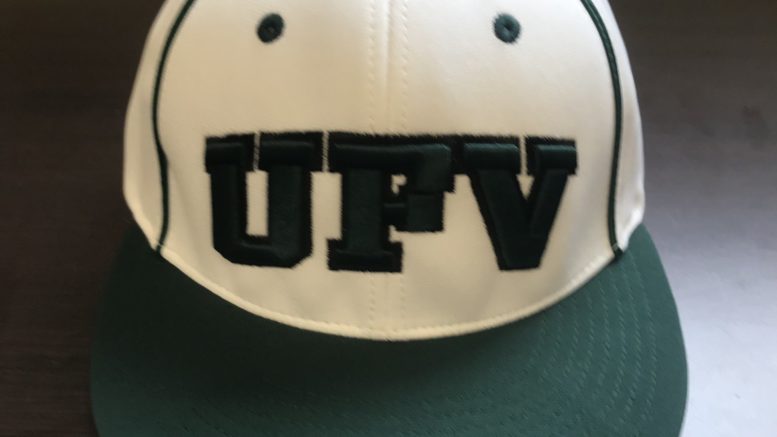 Kamloops/Abbotsford (Dan Kinvig) – For the first time in its short history, the University of the Fraser Valley baseball program stands alone atop the Canadian College Baseball Conference.

The Cascades capped their third season of CCBC play by claiming the league championship on Sunday in Kamloops. They defeated the Okanagan College Coyotes in a best-of-three final series, two games to one, to close out the CCBC championship tournament hosted by Thompson Rivers University.

“This has been probably the craziest tournament I’ve ever been a part of,” Cascades coach Jordan Lennerton marveled afterward. “This group of guys rallied together and battled for their life. Their grit, their passion to play, and their unity is what got us this championship.”

Indeed, it was a grueling climb to get there.

After losing their opening game in the double-elimination tourney – 7-4 to the Calgary Dinos on Thursday – the Cascades had to win four games in a row on the back side of the draw to qualify for the final. They did just that, earning a trio of victories on Friday (7-0 vs. Vancouver Island University, 8-4 vs. Calgary, 12-11 vs. Prairie Baseball Academy) and one more Saturday afternoon (9-4 vs. top-seeded TRU).

Their reward? A best-of-three rematch with an Okanagan College program which edged them 10-9 in last season’s title game.

Okanagan College built a 3-0 lead through three innings, but the Cascades exploded for four runs in the top of the sixth. Markus Gregson got UFV on the board with a two-run double, and Liam Campbell drove in two more runs with a bases-loaded single. The Cascades scored twice more in the eighth, and Alex Deluca closed things out on the mound, earning the save.

With the score tied 5-5 heading to the bottom of the ninth, the Coyotes got a two-out, two-run home run from Massimo Peranio to extend the series. UFV’s Josh Berenbaum and Stephen Horner had three hits apiece, and Travis McDougall had a solid outing on the mound, allowing two earned runs over seven innings.

The Cascades locked up their first championship in emphatic fashion, and Horner was the hero. The sophomore centre fielder racked up an incredible seven RBI, going 3-for-4 with a home run, two doubles and a walk. Horner got the UFV squad off on the right foot with a two-run double in the top of the first, cranked a three-run dinger to spark a five-run third, and doubled home two more runs in the seventh as the Cascades ended matters early via the mercy rule (leading by 10-plus runs through seven innings). Not to be outdone, Brody Vogel also had a monster day at the dish, going 4-for-4 with four runs scored. Jordan Sass and Jonah Weisner drove in two runs apiece, and Riley Jepson drew three walks and scored three runs. Liam Campbell picked up the win on the mound, coming on in relief of starter Ian Zwartz to toss four and one-third innings of shutout ball.

“Losing on Day 1 we had to go through the back door, but as soon as we explained the schedule and the guys understood it, they took it upon themselves to be prepared,” Lennerton summarized. “They knew what they had to do, and they fought through it.”