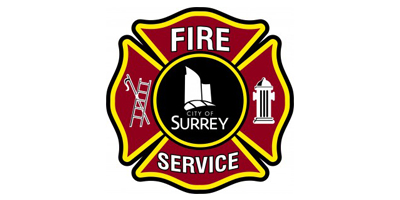 Surrey– As we move closer to the summer, the fire season already has had an early jump start near Prince George and Kamloops.

The early high temperatures and dry weather has resulted in an increase in the potential for brush fires & nuisance smoke throughout the City of Surrey.

Effective immediately, open burning of any kind is banned in the City of Surrey. Abbotsford Fire’s Deputy Fire Chief Jeff Adams told FVN/chillTV, they will start their ban on June 1 unless the situation changes.

In Chilliwack, outdoor burning is banned except for two windows of opportunity: March 1 – April 30 and October 1  – November 30. Lisa Axelson with Chilliwack Fire told FVN/chillTV that cold all change if the Province deems the situation has changed for the worse.

The rest of the Fraser Valley have yet to make this call, although considering the fire danger in the Province, it will be only a matter of time.

Open burning/backyard fires are not allowed in the City.

Any fire service attendance to an open burning complaint may be subject to cost recovery.

For detailed information you can visit: http://www.surrey.ca/city-services/4658.aspx