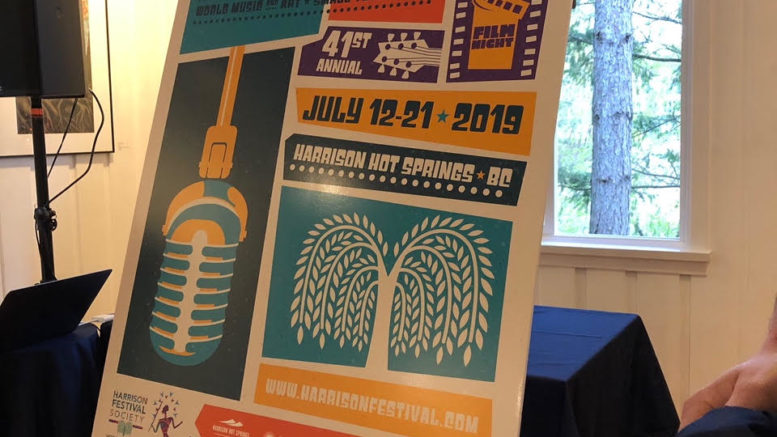 Harrison – The 41st annual Harrison Festival of the Arts is ready to go in Harrison July 14-21.

Last year’s 40th anniversary featured some huge names from the international stage, and although this may not be the case for the casual music fan, the 2019 edition of the festival is just as exciting.

From the beach stage to workshops to the annual Children’s Day to the main stage, rhythms from all over the world will be included. Plus, an art show at the Ranger Station Gallery will showcase West Coast Indigenous art during the month of July.

Theatre takes the stage (pardon the pun) July 16, with the Chilliwack School of Performing Arts performing “The Curious Incident of the Dog in the Nighttime.” The play, based on Mark Haddon’s novel about a teen on the autism spectrum, was named Best New Play at London’s Olivier Awards in 2013.

As always, the spectrum is huge from Zydeco to Israeli pop. Here are a few of the artists that will be in Harrison This year: